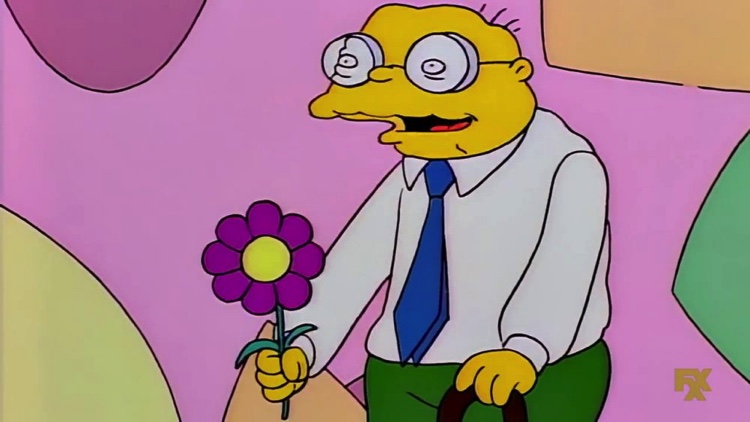 Everyone knows the well-known characters from The Simpsons. A deleted scene has appeared with a character that isn’t as well known.

Everybody will probably know this character by face but not by name. Hans Moleman had a whole scene dedicated to him in the ’22 Short Films’ episode, but it never left the page. The episode would have shown a completely different side to this strange character. Poor Hans Moleman was never given his time to shine in this thrilling scene.

This deleted scene would have definitely put a name to the face that we all know. Especially, due to the exciting nature of the scene. It seems like the innocent, passive character that we all knew had a very different side.

One tantalizing page of the long crazy Moleman story we cut entirely from “22 Short Films” where the joke was he was acting out of character pic.twitter.com/WIphDbljQW

The Simpsons made some bad decisions over the years which led to the decline of a once extremely popular show. I think it is safe to say that this was one of them. Everyone loves to see a new, unexpected side to an odd character, so why would the producers of The Simpsons cut this scene? Moleman’s action hero storyline would have probably given this episode of The Simpsons the excitement it needed.

It’s a well-known fact that everyone knows the main cast of The Simpsons. But who knows, if Hans Moleman was given his short scene we may have had a new favourite. The Simpsons producers should have definitely given Hans his chance to stand out in this great scene!