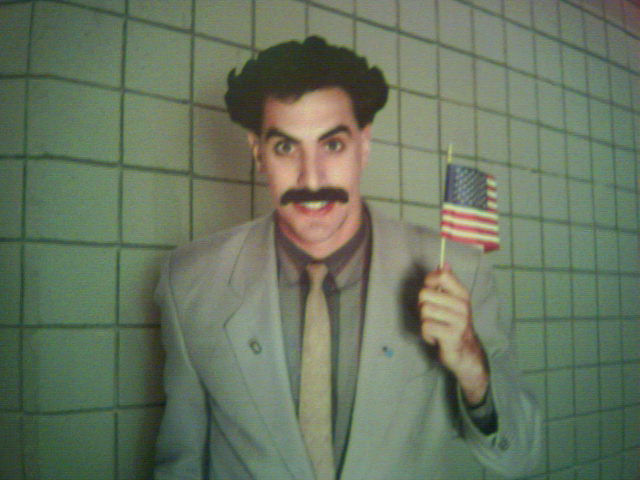 In 2006, the world was gifted Borat: Culture Learnings of America to Make Benefit Glorious Nation of Kazakhstan and while I was never a fan, many were. In the US alone, the Borat movie made over $18 million! It is no wonder that something so well received would be getting a reboot for part two.

As always, there is much mischief at foot when it comes to Borat and his adventures in “Yankeeland”. According to the trailer, Borat will now be traveling with his daughter and in disguise, since he is so famous now. Together Borat and his daughter cause chaos at a non-abortion clinic, a high-end dress shop, and a debutante ball. Very Nice.

What makes this movie of interest to me (versus the first one) are some of the political statements. This film was made amid the COVID-19 pandemic and during one scene, Borat is seen in the home of some “everyday Americans”. He asks them, “What’s more dangerous, this virus or the democrat?” Without hesitation, the men reply, “The democrat.” And with a leader as unhinged as Donald Trump at the helm of the country, it is no wonder that was their response. Although, with his positive COVID-19 test in his pocket, we hope Mr. Trump and his followers will be changing their tune.

During a far-right rally in July at Olympia, Washington, Borat showed up disguised as a blue-grass singer and tried to trick the attendees into singing a racist song. He was quickly ushered out the event. But there is more in store for the Republicans in Borat 2, as he dresses up as Donald Trump, slings his daughter over his shoulder and shows up to give the girl to Mike Pence. I’d honestly be interested in seeing that whole scene uncut.

Amazon Prime will have Borat 2: Subsequent Moviefilm available to stream on October 23… just two weeks ahead of the American election day. Many of us “older” voters are hoping the young ones come out in force with us, and if Borat 2 can help with that, then I will be VERY happy. But what do you all think? Will you be streaming Borat 2 on Amazon Prime? Let us know in the comments! And as always, from all of us at Trill!: stay safe, keep washing your hands, and be Very Nice.