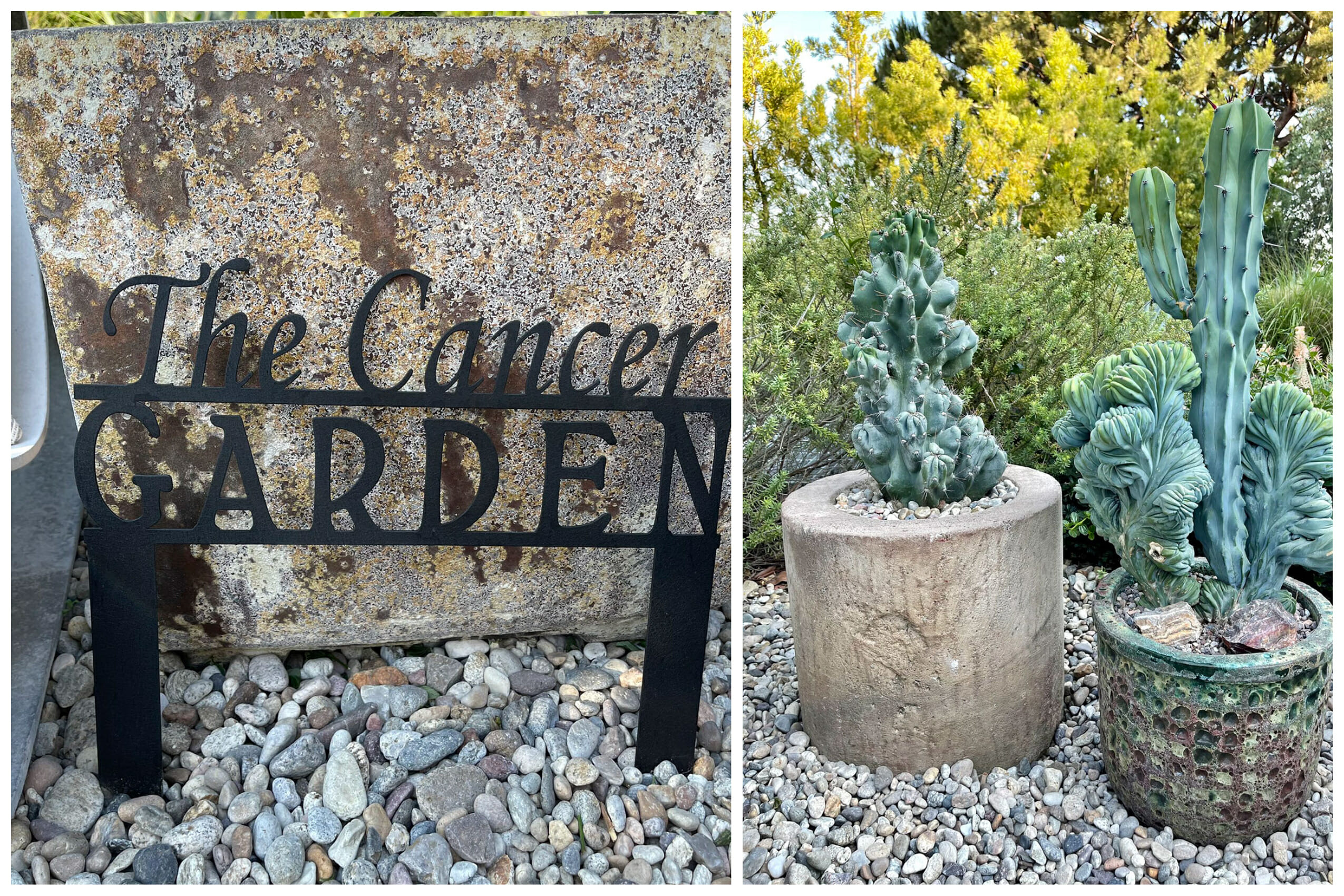 The pop-punk band’s frontman has planted mutated varieties of cacti so he feels less alone in his battle with cancer.

Mark posted pictures of his cacti collection to Twitter on July 10th. He explained that he designed this quirky garden feature as he feels ‘connected to them through my own cells’ mutation’. The ‘Cancer Garden’ even has a customized metal sign. Apparently, this is where Mark likes to drink his coffee in the morning.

Mark’s first announcement about his cancer came on June 23rd. He revealed that he has undergone chemotherapy since March. Despite this life-changing diagnosis, he has been open about his struggles during this trying time. The 49-year old musician has been remaining optimistic, hopeful, and hilarious. Fans are kept updated through the stream of zany Tweets he posts.

For the Fourth of July, he revealed his bald head for the first time. He cheekily wished his 2.7 million followers a happy holiday from ‘the Cancer Haver’. This bold nickname is now in his Twitter bio. After posting an x-ray of a tumor in his shoulder, Mark said he is determined to ‘kick cancer’s a** directly in the nuts’. Regardless of the physical and emotional strain, he is under, he remains upbeat during his treatment.

In the initial revelation of his diagnosis, Mark admitted that he felt ‘scared’ but was trying to remain ‘hopeful and positive’. He added that he is grateful to be ‘blessed with incredible doctors and family and friends to get me through this.’ Up until last week, it was unknown to the public what kind of cancer he has. However, in a Q&A stream on Twitch on July 16th, he detailed that his official diagnosis is Stage-4 large B-cell lymphoma.

Additionally, he disclosed that he will be tested this week to see if his chemotherapy has been successful. He said:

“Ideally I go in tomorrow and they say, ‘Congratulations! Your chemotherapy has worked and you are all done and you’ll never have to think about this cancer again for the rest of your life’.”

Worldwide, fans and fellow band members have been showing nothing but encouragement for Mark. Ex-guitarist Tom DeLonge tweeted: “He is strong, and a super-human who is pushing through this difficult obstacle with a wide-open heart.” Travis Barker, the drummer, shared heart-felt sentiments in a statement to E! News, saying “Mark is my brother and I love and support him…I will be with him every step of the way onstage and off.”

Needless to say, Mark’s fans and followers are wishing him the best of luck as he continues his chemotherapy. All through this, his amusing Tweets and antics will be enjoyed and shared. We wait with bated breath to see if any more cacti join the ranks in ‘The Cancer Garden’.