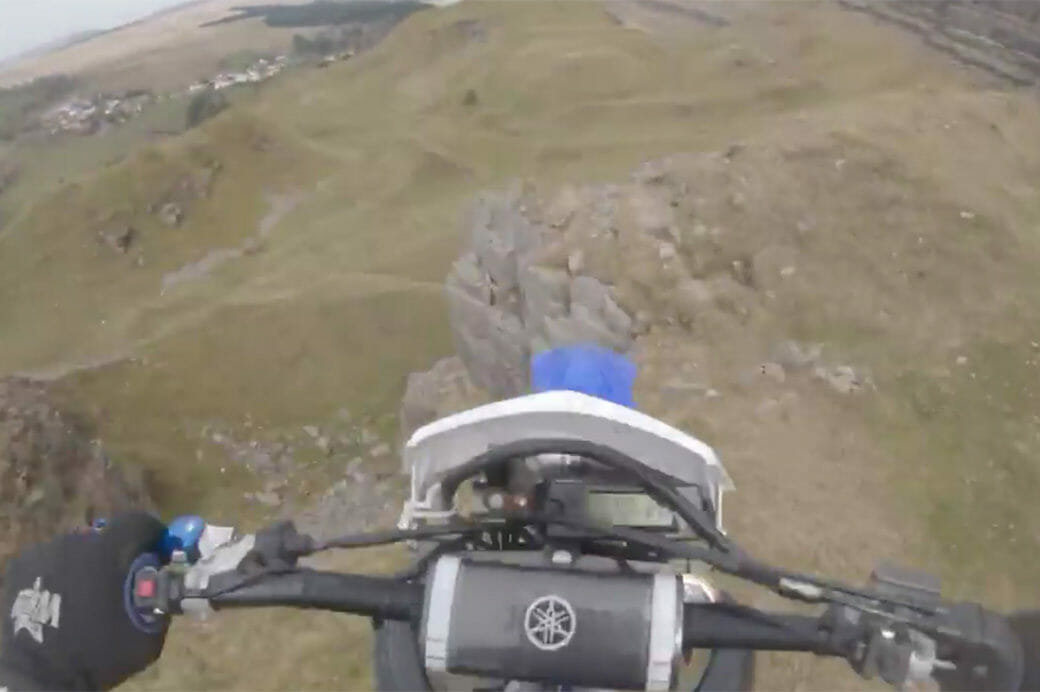 Bike Cliff – When off road bike cliff through treacherous terrain, the smallest slip could mean the difference between life and death — especially when it comes to mountains. 25-year-old Adrian Owen learned that the hard way when he rode straight off a cliff and plummeted 40ft to what could have been his death. Watch the spine-chilling video below:

Adrian, himself, stated he was “very lucky to still be alive” in a Facebook post after the incident. He also took time to thank his friends and family for their concern as well as gave a big shout-out to the mountain rescue, air ambulance crew, and medical staff for “comforting [Adrian] while the help was on its way”. Although he will make a full recovery, the terrifying near-death experience will surely never fade from the 25-year-old’s memory anytime soon.

Bike Cliff – Adrian’s advice to his fellow off road bikers is to “always be aware of your surroundings as all it takes is one silly mistake like mine and it could be game over!”  You heard him guys and gals, be aware and be careful out there!

WATCH: This Guy Take On The Most Insane Slip N’ Slide Ever…For More