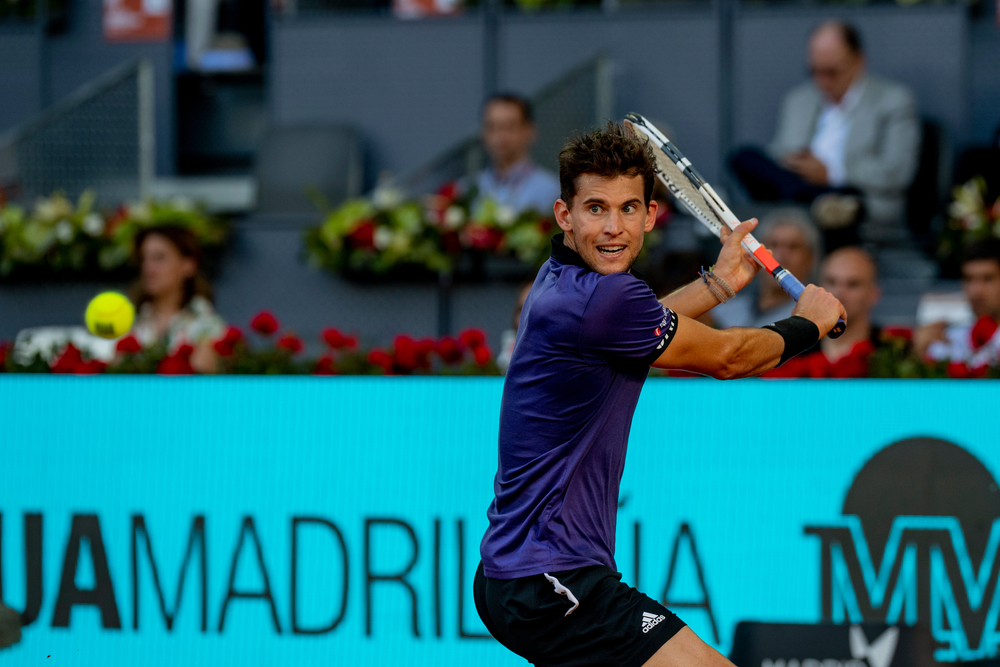 In the first round of Roland-Garros, Dominic Thiem lost in straight sets to Bolivia’s Hugo Dellien, a defeat that continued a poor run of form for the Austrian. It’s a far cry from the success Thiem enjoyed just a couple of years ago.

In the 2020 US Open final, he came back from two sets down to beat Alexander Zverev. It was the Austrian’s first Grand Slam tournament win, already an impressive feat, but it meant more than that. For many in tennis, Thiem and Zverev facing off in such an important final heralded the arrival of the next generation.

Along with the likes of Daniil Medvedev and Stefanos Tsitsipas, Thiem was among the list of players expected to succeed Roger Federer, Rafael Nadal, and Novak Djokovic as the stars of men’s tennis. Thiem’s future was looking promising. He had started 2020 well, beating Nadal and Zverev in four sets at the Australian Open earlier in the year, before taking the Djokovic the distance in the final.

Thiem also reached the quarter-finals of the French Open in 2020, while Wimbledon didn’t take place due to the Covid-19 pandemic. In that year’s ATP Finals, Thiem qualified from a group containing Tsitsipas, Nadal, and Andrey Rublev, and went on to lose to Medvedev in the final, after beating Djokovic in the previous round.

It had been a good year for Thiem, and he was cementing his status as one of the best players in the game. His performances made him a bet exchange favourite, but 2021 did not bring the same success. The year started with the Australian Open, where Thiem suffered a fourth-round exit, losing to Grigor Dimitrov in straight sets. He followed that up with a double header of tournaments in Doha and Dubai, only winning one match across the two.

After this disappointing run of form, Thiem took a break from the game for recovery purposes, hoping to get over a knee injury which had been plaguing him. He returned in time for the Madrid Masters in May, where he reached the semi-final, before losing in straight sets to Zverev.

Thiem only had one more win in 2021, a first-round victory in Rome, before going out in the next round. That was followed up by first-round defeats at Lyon and the French Open. He withdrew from the Tokyo Olympics before pulling out of his first-round match in Mallorca with an injury to his right wrist.

That was the end of Thiem’s year, as the injury kept him out until March 2022. He returned to the Marbella Challenger event in March, but he lost in straight sets in the first round. Although his return to the game brought hope to his supporters, who may have channeled their optimism about his new found underdog status by learning how does a betting exchange work, it hasn’t gone to plan. Six more defeats have followed, all but one in straight sets, culminating in the first round defeat to Dellien in Paris.

Speaking about the loss in Paris, Thiem said: “The problem is that in practice, the forehand was really decent but then the match situation is something different, especially at a Grand Slam. The whole body gets more tight, gets more nervous and right now that’s toxic to my forehand because I’m still missing the fine feeling there. If that’s the case, many, many mistakes are happening.”

It seems likely that Thiem will spend more time on the Challenger tour in the next few months, as he looks to get his game back to the intensity required to succeed at the top level. While Thiem’s fans would have hoped that their man would be picking up more Slams at this stage of his career, time competing at a lower level could be exactly what the Austrian needs to get his career back on track.