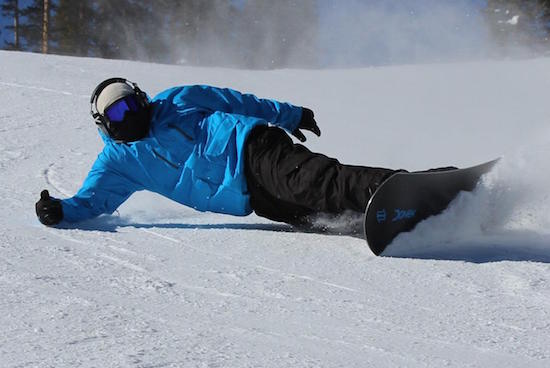 Snowboarding looks so simple when you watch it done this way.

Ryan Knapton shows off his skills in a new video which will leave you wishing you had such control across the snow. Whilst most of us look like Bambi on ice, Knapton has a lyrical grace which really is something.

The snowboarding expert uses a technique called Carving. This is where the tip of the snowboard is on it’s edge and when you turn, you literally ‘cut’ across the snow without skidding and leaving huge tracks behind you. Resulting in a memorising display of grace, carving is not actually considered a difficult technique to master. So, maybe there’s hope for us all yet to become snowboarding sensations!

Take a look at Knapton’s snowboarding below:

Perhaps stay away from this snow related activity though!