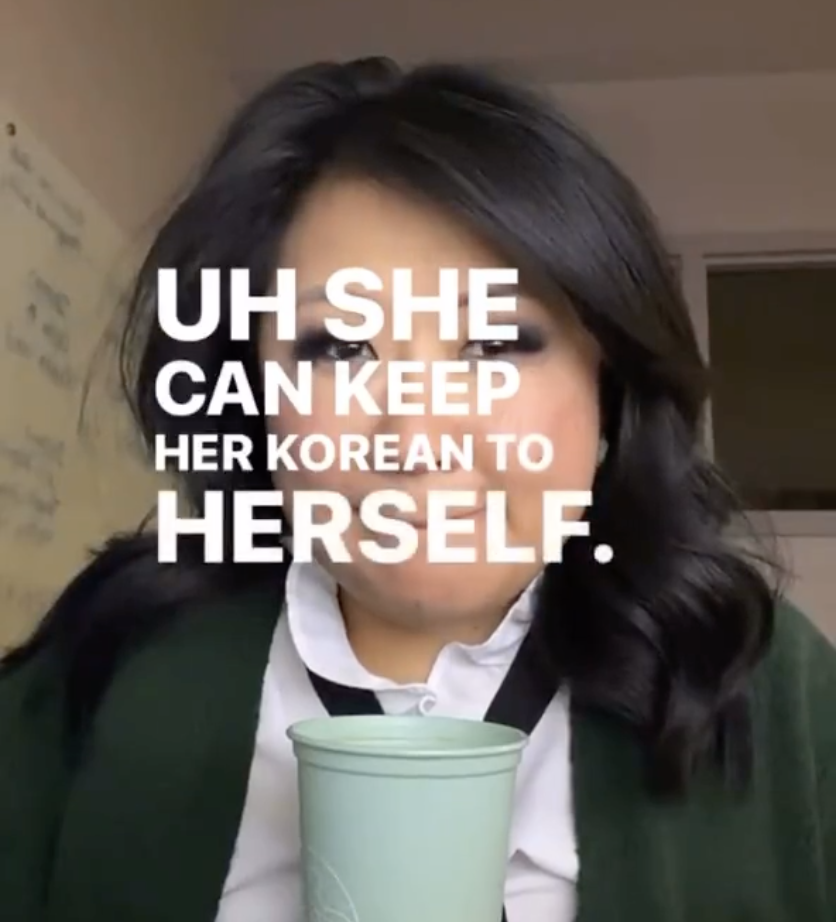 It should come as no surprise to know that people regularly call into news stations to vent their disagreements. They also don’t typically demonstrate proper decorum in their hate-filled laments.

Now, however, Korean American, award-winning news anchor Michelle Li found herself at the receiving end of such insults.

In a segment about New Year’s traditions, Li, an anchor at NBC St. Louis, shared that she ate “dumpling soup. That’s what a lot of Korean people do.”

Typically, learning about cultural traditions for different holidays is seen as an enrichment. Yet, unsurprisingly, not for everyone.

Shortly after Li shared her own tradition stemming from her Korean origins, a viewer called the station to complain that Li had shared an “offensive” statement which, rather than share, she should have kept to herself.

On Twitter, LI shared a recording of the woman’s complaint-laced call. “I don’t think it was appropriate that she said that, and she’s being very Asian, and I don’t know. Uh, she can keep her Korean to herself,” the woman said.

The caller insisted that had a white anchor claimed that white people eat something or have a certain tradition for New Year, then that anchor would, naturally, have been fired.

Naturally, given Twitter’s invincible power to re-contextualize the power structure in any given moment, people rallied behind Li.

And of course, users fell into place in Li’s support:

And some users even went as far to distinguish that some white people, of European descent, may indeed have their own traditions. Or perhaps, their own food!

In the end, it appears Michelle Li not only won but also got the last laugh.

Enjoyed this one? Check out more: News Anchor Catches Her Front Tooth While Live On-Air