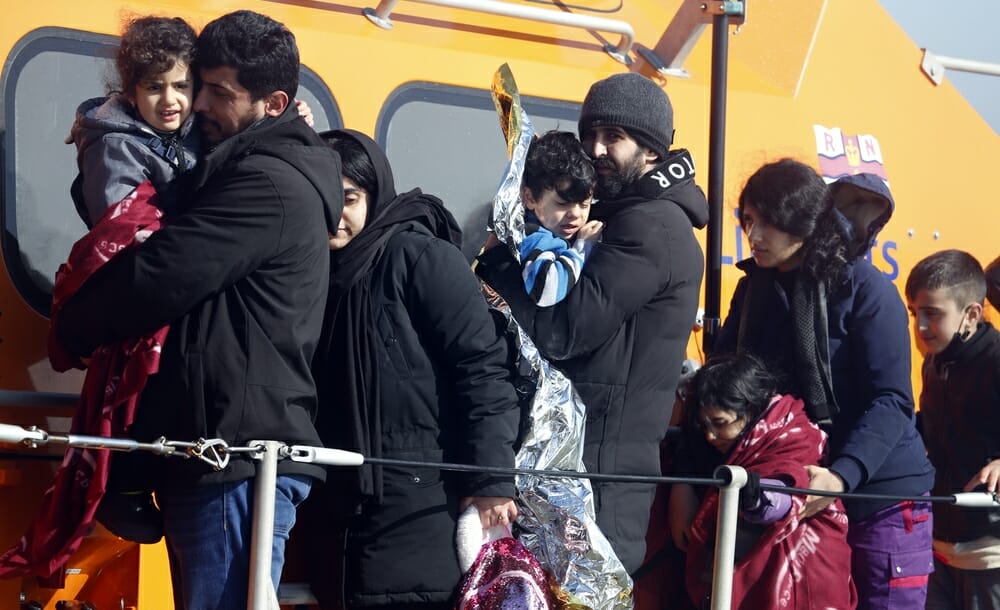 Reports have been leaked about UK government officials being informed about the murky human rights records of the Rwandan government before the first flight shipping UK asylum seekers to the nation abroad as part of their new off-shoring migration scheme.

The UK government had previously tried to ship a large portion of their asylum-seeking community in the nation to Rwanda as part of their new off-shoring scheme. However, due to legal and social pressures, the flights never fully took off when they were scheduled to back in June of this year.

A lot of protests arose against the UK government for not taking into consideration the human rights records of the African nation they were sending vulnerable asylum seekers to that they did not want to care for on their own British soil. Recently, the public’s concerns have just been confirmed as an official adviser has warned the UK government of Rwanda’s reputation for torturing and killing its political opponents on legal official records.

This warning was apparently sent to the UK ministers in charge of the Rwandan flights weeks before they were scheduled to depart, but stayed away from the eyes of the public and was clearly not taken into consideration as the flights remained prepared to take off.

The UK government is currently in legal battles trying to keep information on these comments rather hush, as it would expose the lack of humanitarian interest they held towards the asylum seekers that were supposed to be sent off.

Fortunately, the flights never did leave the ground, but it was only because the European Court of Human Rights held a ruling in London and held a trial to determine whether these removal policies are truly lawful or not.

Indeed, this Tuesday, the High Court has been asked to rule over this case, headed by High Court judge Lord Justice Lewis. However, several comments remain secret, as expressed by the government requesting the High Court to not assess 11 specific comments about Rwandan human rights records from an anonymous Foreign Office official. This renders the situation all the more murky.

The Foreign Office official has allegedly been tasked with overviewing the draft of the Rwandan “Country Policy and Information Note” ahead of the High Court trial. Therefore, this official had access to this public document on the country before the Rwandan flights were scheduled to set off, and yet did not alter the planning of the flights.

The Foreign Office official had spoken out about these reports only two weeks after the Rwandan flight plans were publically announced, questioning the “tone” of the reports. This slight inquisition was sent through an email to fellow colleagues apparently on the 26th of April.

The purpose of transferring asylum seekers in the UK to Rwanda was to deter them from taking routes the UK government deemed unsafe, or, in their words, “illegal, dangerous or unnecessary” such as in small dinghies or hiding in lorries, in order to find refuge. The purpose of the asylum transfers was to provide safe alternative travel to the African nation where they could then follow that nation’s asylum protocols. Boris Johnson, the UK Prime Minister, said this scheme was configured in order to “save countless lives” by impeding “vile people smugglers” from taking advantage of asylum seekers in need of safety. This decision comes after record numbers of refugees and asylum seekers crossed the French-English Channel this year, amassing over 20,000.

Rwanda received a payment of £120m to accept the intake of asylum seekers from the UK and has been promised more if numbers increase.

Since the Rwanda policy has been implemented in April, over 14,500 refugees and asylum seekers have crossed the Channel.

Now with the potential threats, these secret records of human rights violations stirring Rwandan and English relations, the future of the scheme seems to waver. Thus said, the little information released informs us that the content of the email contains information that: “There are state control, security, surveillance structures from the national level down… political opposition is not tolerated and arbitrary detention, torture and even killings are accepted methods of enforcing control too”.

High Court judge Lord Justice Lewis confirms this having had access to assess the email in advance of the examination in court.

Apparently, there are fears that there is further content that was withheld from the public due to its more severe material about the Rwandan situation.

Jude Bunting QC, representing media organisations, speaks with the court on the matter: “The sensitivity of this policy cannot be understated.”

“The public needs to understand the material that was available to the [government] at the time the decisions under challenge were taken, the evidence that is said to weigh against, as well as to justify, this flagship policy, and the reasons why the [government] decided to proceed.”

In fact, the High Court has also been informed that Whitehall officials previously excluded Rwanda as a potential destination for asylum seeker transfers on the grounds of their human rights history just last month. However, even though it is becoming more and more evident that Rwanda’s history of human rights is covered in darkness (lest we forget the mass genocide that occurred merely a few decades ago), it becomes obvious the attempts the UK government undertook to keep the African nation’s past on the down-low amidst deliberations on the asylum transfers.

The role of judge Lord Justice Lewis is to judge whether any of the content of the human rights reports on Rwanda should be kept secret from the public or not.

The Home Office’s main fears seem to be a deterioration in international relations and national security if the contents of the reports that the UK ministers were handed about Rwanda’s legality and extent of torturing and killing political opponents became more public. The Labour party has since spoken out, calling blame where blame is due that in fact, it is unruly and unjust of the government to attempt to conceal such truths from the public.

Although the first scheduled flight to Rwanda was cancelled, Home Secretary Priti Patel insists on her plan to pursue “the right thing” and persevere with this off-shoring asylum scheme.

With the troubles with the contents of the reports on Rwanda’s human rights records, Home Secretary Priti Patel’s claims that the off-shoring policy of asylum is “fully compliant” with the law seems to be wavering.

The Church of England and multiple opposition MPs and Labour MPs have spoken out about it. Refugee organisations are grouping local popular support in attempts to waver another attempt at flying a plane full of asylum seekers out, but Rwanda promises it can deliver new hope to these vulnerable individuals.

The Rwandan government claims the newly-arrived migrants would be “entitled to full protection under Rwandan law, equal access to employment, and enrolment in healthcare and social care services.”

It seems like a messy game of ‘who said what’, yet the trouble is, it will affect thousands of lives if these asylum transfers – or rather, deportations – continue to be carried out in future. The High Court is said to deliver a ruling on the publication of the full contents of the Rwandan reports in the coming weeks, but the real answer we are waiting to find out, is if it will truly deter the mindset of the UK government or not.

In other news, read here the game changer that occurred when Turkey lifted its veto on Finland and Sweden joining NATO.