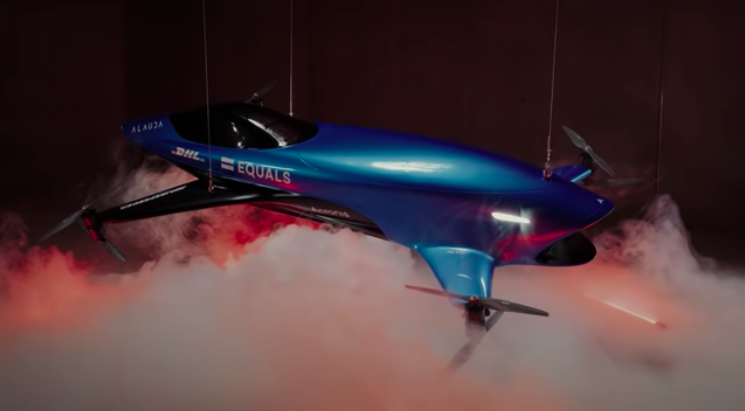 Back to the Future: Part II might have predicted flying cars would be commonplace by 2015, but we all know the reality is a little different. In fact, it has taken until this month for the first flying race car to take its first flight.

The flying race car is called the Alauda Airspeeder Mk3, and has been developed in Australia. This first flight happened with the blessing of Australia’s Civil Aviation Safety Authority in the South Australian desert.

How does the flying race car work?

The flying race car itself is four meters long, and kept in the air by several propellers. This new technology is at the height of innovation – its thrust-to-weight ratio is larger than some of the most well-known, highly-renowned fighter planes.

Right now, the flying race car is piloted remotely, with a ‘telerobotic avatar,’ but the hope is sometime soon pilots will be able to sit in the race car itself. If the idea of robotically operated cars makes you break out in hives too, don’t worry – this particular flying race car has lidar and radar systems that are in sync with other vehicles, to avoid crashes.

Alauda Aeronautics’ founder Matthew Pearson had this to say of how the flying race car works:

What’s next for the Alauda Airspeeder Mk3?

After the test flights that have been happening in Southern Australia, the Airspeeder Mk3 is off to the races. For real: the flying race car is set to compete in a race in the style of Formula One later in the year. These races are called the Airspeeder EXA, and will showcase ten different aircraft racing.

Overall, there will be three races. The flying race cars are expected to reach speeds of 150 to 250 km/h. Details aren’t clear just yet, but we know the races are expected to last 45 minutes (including two pit stops to change the batteries that allow the cars to fly).

Interested in reading more about the future? Why not read about your next opportunity to go to space: in a balloon!