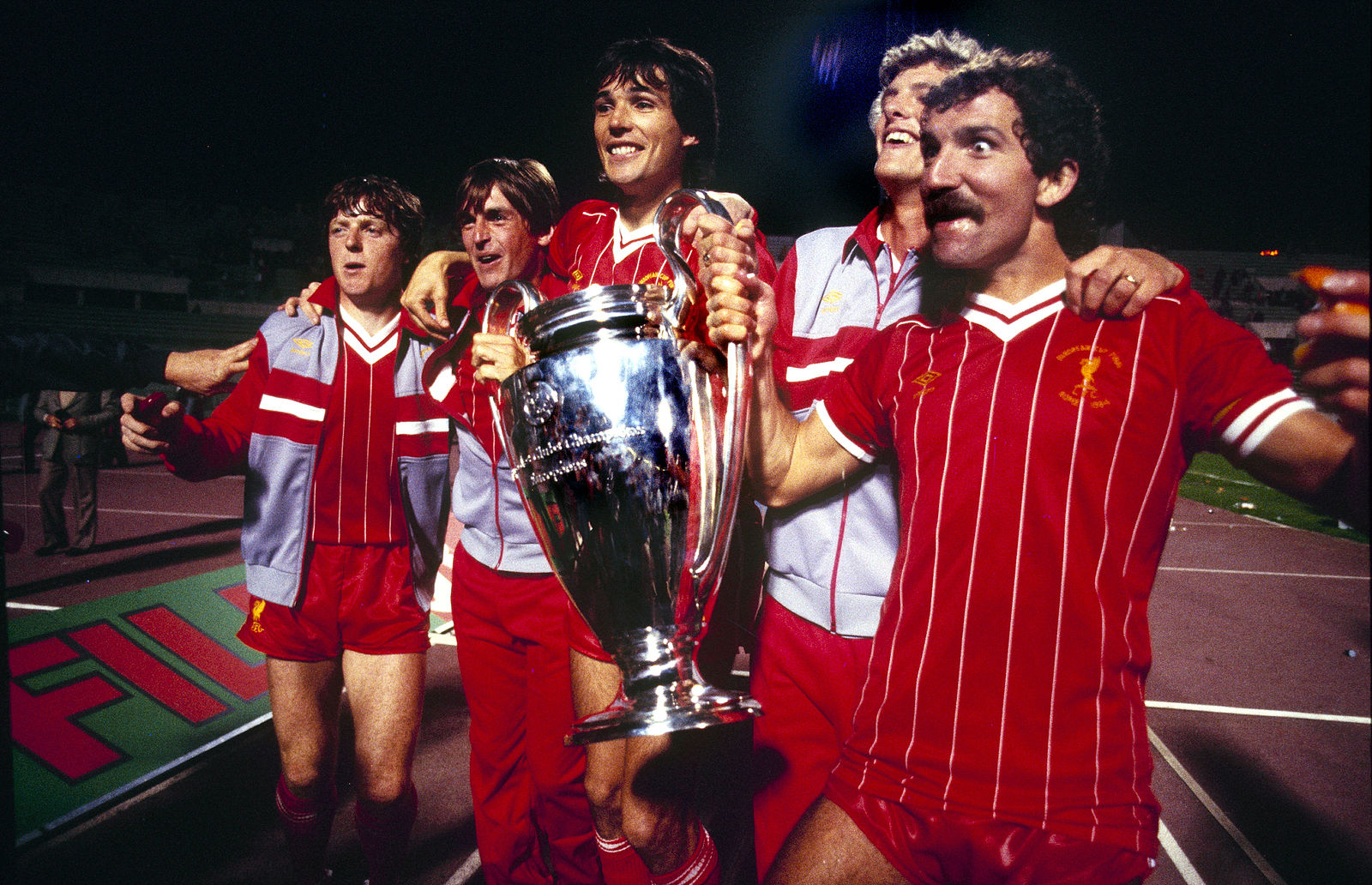 For as long as the sport has been played, the football kit has been a key component of the beautiful game. The smart uniforms in the sport’s formative years were gradually replaced by lighter materials, while the introduction of sponsor and manufacturer logos in the 1980s created a whole new culture.

This article looks at the kit scene in England, examining how those designs of the 80s, when the concept of purchasing replica shirts was first popularized, have evolved into what they are today – including the trends behind the changes.

The club football kits of the 1980s were conspicuous by the inclusion of sponsor logos emblazoned across the front of the shirts. This was a new concept and the brands were as much a part of the design as the club colours.

Manchester United, one of the world’s most famous clubs, were sponsored by Sharp Electronics throughout the 1980s. The brand became totally synonymous with Manchester United and contributed to the value of the business rising during this period.

Kit designs were relatively conservative, with each club’s traditional colours and patterns remaining an integral part of the overall look. But this was a tough balance for clubs and manufacturers to strike; change the kit too much and risk upsetting supporters, keep it the same and risk criticism for a lack of imagination.

As sales figures grew, pressure on clubs only increased, with away kits increasingly becoming big business too. And while the target market for football merchandise was once kids and collectors, your average adult fan was now also very likely to consider making a purchase.

The 1990s saw the introduction of the Premier League in the UK and much more slick presentation of matches. This included better-equipped stadia, more professional TV coverage and a better overall standard of football.

The club brands were also a key part of the evolution and so kit designs had become ever more crucial. And the inaugural season saw several clubs experiment with more exciting designs, including the use of textured polyester.

Chelsea, Blackburn, Aston Villa and Everton were among the clubs to unveil kits featuring subtle patterning to the shirts, although others kept things traditional, with defending champions Leeds’ new shirt, in particular, staying true to the club’s heritage.

Turn of the century

By the mid-noughties, major sportswear brands like Adidas and Nike had started to dominate the scene, although Umbro, Puma and Reebok retained major footholds with several established top-level clubs.

By now, kit designs had to be truly fashionable, with fans expecting to pay upwards of £40 for their replica of choice, and third kits now commonplace throughout the Premier League. Designs remained relatively traditional, although away and third kits were becoming increasingly bold.

Bookmaking brands were also becoming more prominent in the marketplace, with betting companies like bet365 in particular featuring heavily in advertising across the sport, as well as being the main shirt and stadium sponsor of Stoke City for several years.

Football is a global industry, with fans – notably in Asia and Africa - spending millions on replicas to show their support for their favourite clubs.  Bolder designs, like Nigeria’s recent home shirt, are starting to prove a hit with supporters and many clubs are once again experimenting with new textures and patterns while remaining true to traditional colours.

And, just like in the world of fashion, it seems certain that the modern football shirt will continue to evolve and adapt to suit changing cultures and tastes.