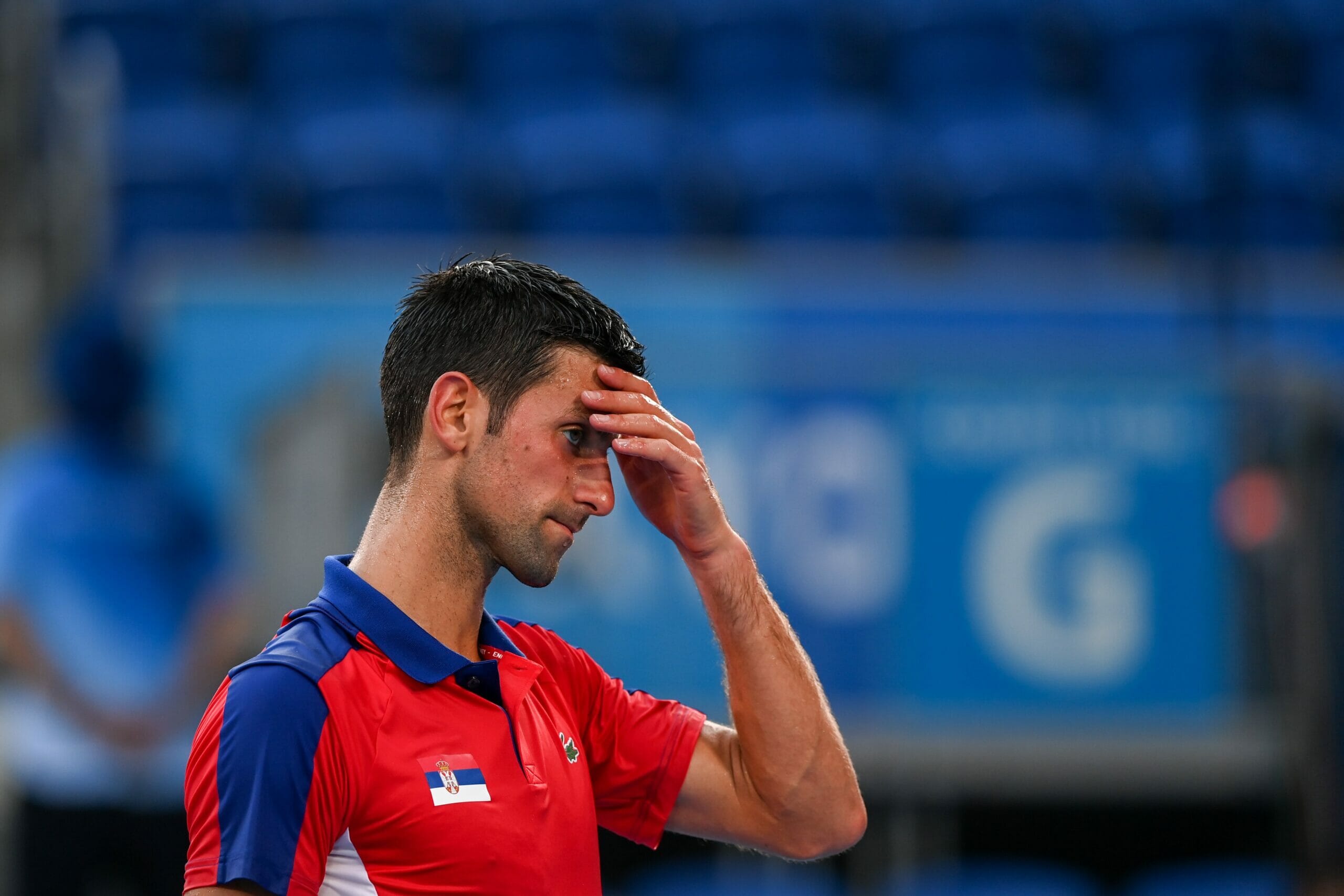 Novak Djokovic’s vaccine status leading up to the annual Australian Open has been a point of contention for many over his vaccine refusals of the vaccination drive against Covid-19, resulting in the tennis player being entirely unvaccinated; an issue that would arise upon his arrival in Australia.

Australia’s reaction to Covid-19 has been one of the strictest, imposing lockdowns and border control to prevent the spread from the first sign of the virus. However, upon arrival for the Australian Open, Djokovic announced that he had received an ‘exemption permission’ and therefore had permission to play in Australia, despite his vaccination status.

Whilst this exemption proved true, social media aggravated this excemption, with the number one tennis player being renamed ‘Novax Djocovid’. Officials at Melbourne Airport proceeded to detain the tennis player to question him on his exemption. As this new nickname gained traction, further research was conducted into Djokovic’s medical history, revealing in fact he had contracted Covid on 16th December and this was therefore the reason for his exemption. The world number one was later deported after his visa was cancelled by Alex Hawke, The Immigration Minister, after his grounds for an exemption appeared misleading.

However, the roles have now reversed as Djokovic now appears to be sueing the Australian Government for $6 million dollars in reparations for his living conditions during the time he was detained. Officially, he is filing the sueing due to ‘ill treatment’ following his deportation from the country whilst investigations were being conducted into his exemption status.

The Sun announced that upon landing back in Serbia, Djokovic requested a lawyer to rectify the sitatuion. A close acquaitance of Djokovic’s agent, Edoardo Artladi, revealed that ‘Novak and his family feel he was poorly treated’. The source also stated that ‘he was kept a virtual prisoner’.

The latest update from Djokovic personally was released via his Instagram on 12th January 2022. He noted in the post that the shared news had been ‘misinformation’ that ‘need[ed] to be corrected, particularly in the interest of alleviating broader concern in the community about my presence in Australia’.

The star added that despite the immense backlash, he ‘[has] tried very hard to ensure the safety of everyone [whilst complying] with testing obligations’.

The tennis player went on to reveal that his Covid situation had been a grey area, noting that he, upon testing positive for Covid-19, had canceled all commitments except for an interview with L’Equipe which, according to him, had been a ‘long-standing commitment’.

After this message and his return to Serbia, Djokovic’s coach has announced that the athlete ‘will be back’, despite rumours that the number one tennis start will be banned from the country for the next three years.

The Australian Open has continued with Rafael Nadal advancing to the next round, however, he is only the third favourite to win. Daniil Medvedev reigns as the most likely winner of the competition, whilst Ashleigh Barty is marked as the favourite female competitor to win.

For more information about Djokovic’s vaccine history, check out this article which discusses his issues with the vaccine.