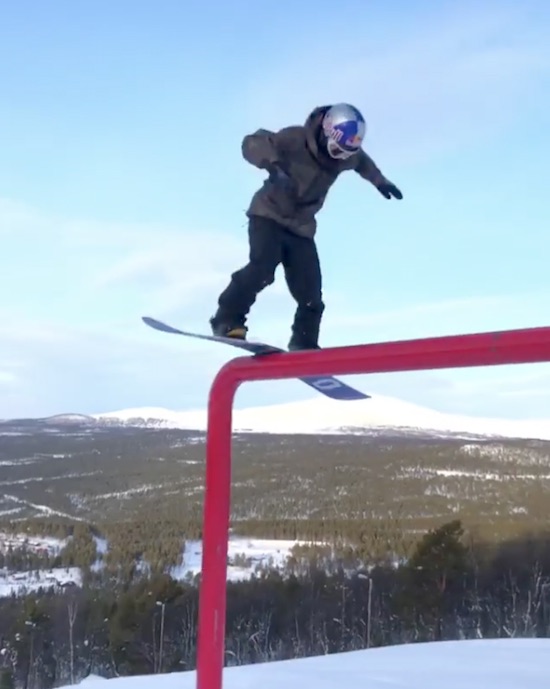 Pro snowboarder Marcus Kleveland aged just 18 years old from the Norwegian town of Dombas has already been hailed as the possible future of slopestyle and big air snowboarding.

Kleveland is set to appear at his 1st winter Olympics in Pyeongchang 2018 and is hotly tipped to win multiple gold medals.

His 2016/17 season proved to the world that he has progressed from prodigy to pro when he won his 1st major accolades at the Aspen X Games. He took a silver medal in big air and a gold medal in slopestyle in the space of three days.

Not satisfied with being amongst the snowboarding elite, Kleveland is also a skateboard and motocross aficionado. At one point in his early career he was torn between professional skateboarding and snowboarding.

How cool was that? Feel free to leave a comment on Marcus’s silky skills, or tell us if you can do better!

Check this out for more snow shenanigans…..