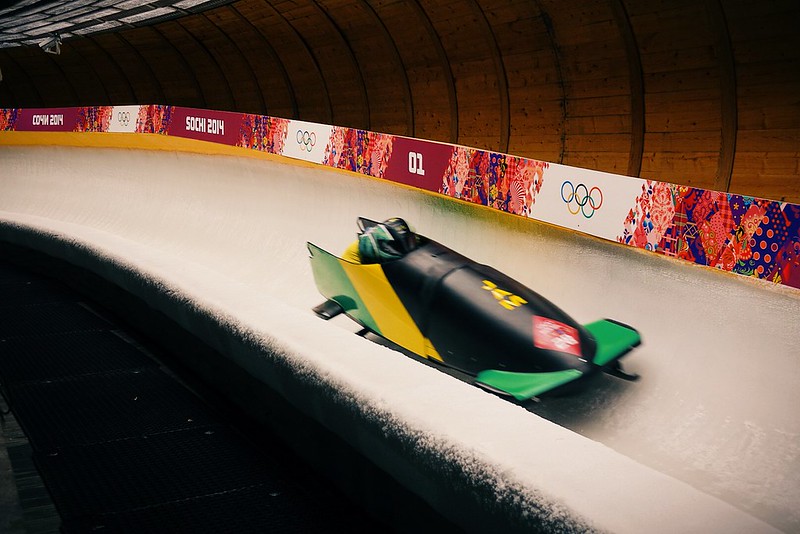 When it comes to the Olympic Games, snow is a big part of the story. For more than fifty years, the Olympic games have been a symbol of international unity. Countries gather from around the globe in the name of competition and athletic excellence. After years of thorough preparation, the time has come once again to fight for gold in 2022. But this is not so simple for a country like Jamaica whose access to snow is limited to none. This 1988 Cinderella story is ready to prevail once again, but will this be their time for victory?

What started as a pipe dream of two young Americans, George Fitch and William Maloney, Jamaica’s bobsled team has faced no small feat in the thirty-four years since their first Olympic Games. A bobsled team, born in a country of snowless, tropical winters, trained to the best of their abilities every year, “but even with those runs in the bank, competing with the world’s best with such little preparation should have been in the realms of fantasy”. However, training is not the only barrier stopping them: After their premiere in 1988, in 1992, they failed to compete in the Olympics after a storm that destroyed their infrastructure. In 2006, they failed to compete in the Olympics because they were not able to get the necessary permits from the International Olympic Committee (IOC). Most recently, in 2008, they were not able to compete in the Olympics because of a lack of funds. But the Beijing Winter Olympics are right around the corner and Jamaica’s bobsledders have not yet struck gold. Jamaica has not attended the Olympics since 2014 as a two-man event, and the last time they competed with a four-man team was in 1998. With the initial challenges of funding, infrastructure, and permits behind them, and taking into account a successful 2021 season, will this be the year Jamaica will finally prevail as medal-winners?

Jamaica may not have medals behind its name, but their chances are most certainly increasing. Their four-man bobsled team will be returning for another shot for gold, and for the first time in history, Jamaica will also be represented by a two-man team, as well as a female contender in the newly added monobob competition. Upon confirming the news, Team Jamaica tweeted, “Jamaica, we have a bobsled team heading to Beijing!”. A much-deserved victory for Jamaica: Not one, but three separate events covered. In their thirty-four years, Jamaica has never had a female competitor, but for the first time in history, Jamaica is not only representing their first female but their first female competitor in a brand new event. Additionally, Jamaica will showcase its first alpine skier in conjunction with the three bobsleigh events.

Will Jamaica finally get their gold? Well, the future is certainly looking bright after their 2021 season. On December 20th, 2021, Jamaica’s four-man bobsled team won a medal at the North American Cup, including medals for the two-man competition as well. Their biggest competitors in the games are Germany and Switzerland, both widely acclaimed bobsleigh powerhouses. Germany, despite the Covid-19 pandemic, collaborated with BMW, a German car-maker, to create a simulator designed to feel and act like the bobsled they will use during the actual games. Additionally, a virtual track was built in conjunction with the bobsled simulator and has been gradually adjusted as more information on Beijing’s bobsled track was released. The technological advancements may seem to have an upper hand over Jamaica, but nevertheless, Jamaica has proven itself as more than ready. With such massive media coverage since the last time they competed thirty-four years ago, Jamaica has the world rooting for them.

What will the Olympic Games bring?

The Beijing Olympics kick-off on February 4th, 2022, and seven new events have been added: Women’s monobob, Men’s and Women’s Big Air, Mixed Team Snowboard Cross, Mixed Team Aerials, Mixed Team Short Track Relay, and Mixed Team Ski Jumping. Jamaica will be sending six athletes to compete as a four-man team, the two-man team, as well as the women’s monobob competition. The bobsleigh events will take place from February 13th through the 19th, and scores can be tracked and bet on Betway. Despite their less-than-glorious Olympic record, Jamaica has shown the utmost resilience, pride, and sportsmanship through all forms of adversity. Though difficult to gauge their chances of winning, Jamaica does not need to prove themselves, as their triumphant return to center stage has already showcased their immaculate display of character. “One of sport’s greatest underdog stories has not finished yet”.