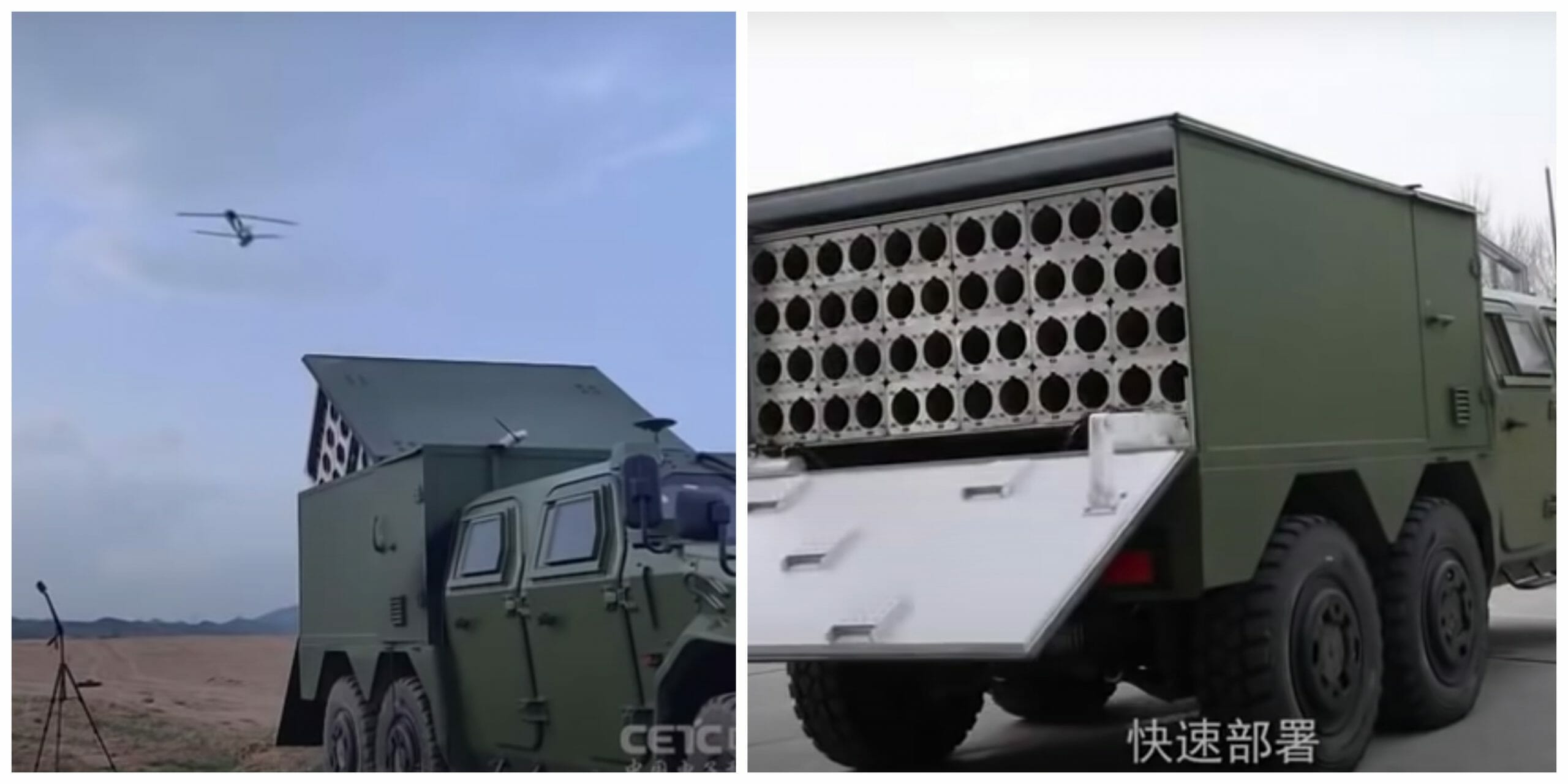 The People’s Liberation Army (PLA) tested the explosive drones by launching a fleet of them from the back of a lorry.

According to reports, The UAVs, or ‘suicide drones’, were tested by the People’s Liberation Army last month. The drones were deployed from the back of a lorry, with a few appearing to shoot from a helicopter.

Officially, the drones are called  ‘loitering munitions’, and were originally unveiled at a Chinese arms exhibition event in 2016, with Popular Mechanics reporting that they looked to be a game-changer for drone warfare development.

The drones’ recent testing was captured on video – take a look.

The video shows almost 50 drones loaded with explosives fire into the air. The drones can be controlled remotely from a tablet and are designed to swarm enemy targets, according to the South China Morning Post’s anonymous source.

The drones fly through the sky, like birds out of a science-fiction film, before they lock on to a target. Then we get an aerial view from the perspective of a single drone, which dives towards its mark.

Although powerful, the loitering munitions are actually fairly small. They measure roughly four feet long and 20 pounds in weight. They can fly for around two hours with a top speed of 93 mph, according to The Drive.

But China is not the first to create weaponised drones. In 2011, the United States unveiled a similar UAV, the Switchblade, and has since used it in Afghanistan.

However, China’s drones are not ready to be deployed in real conflict yet, according to a PLA insider.

The drones form part of the government’s ‘military civil fusion strategy’, which aims to advance the PLA into a ‘world-class military’ by 2049, observers have claimed.

According to the South China Morning Post, the drones were developed by the state-owned China Electronics Technology Group Corporation, much like the United States, which has given military contracts to technology companies such as Alphabet and Amazon.