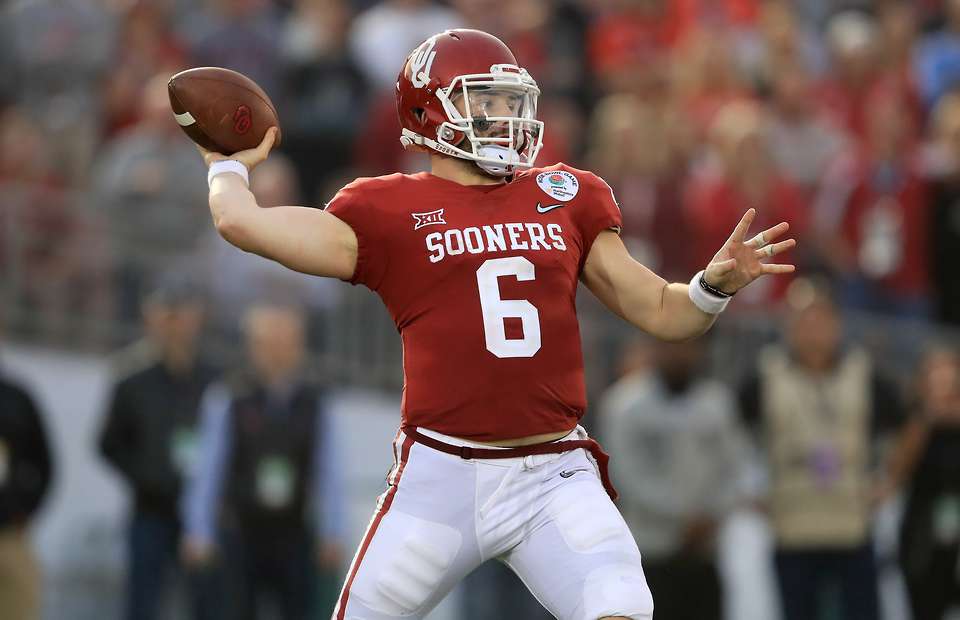 12 months ago, it looked like it was Josh Rosen’s to lose. Eight months ago, everyone was sure it would be Sam Darnold. Two months ago, people were increasingly certain that Josh Allen would be the guy.

But after all of that, the Cleveland Browns not only surprised everyone in and around the league by selecting quarterback Baker Mayfield from the University of Oklahoma with the #1 overall pick in the 2018 NFL Draft, but they also bucked the conventional wisdom associated with that pick in so many ways.

When we think of quarterbacks taken that early in the draft, with the expectation of being the new cornerstone of a moribund franchise (why else would they be picking #1 overall in the draft?), we think of someone with Rosen’s polish, Darnold’s physical tools and upside, or Allen’s arm that can throw the football a country mile. Those three are all easily over six-feet tall, which would be the requisite for someone taken that high.

Are you a sports fan? Check out ruby888.

But the new brain trust assembled in Cleveland, headed by General Manager John Dorsey, looked past the superficial, and took the highest of chances on Mayfield by thinking outside of the traditional NFL box; namely, the preternatural charisma that Mayfield exudes, the uncanny football IQ that people seemed to overlook because of the offensive scheme run at Oklahoma, and the overall grit of someone who went from walk-on to Heisman Trophy winner.

Not attracting the type of offers for which he had hoped to receive out of high school, Mayfield started his career at Texas Tech, which has always had something of a stigma around the school when Mike Leach began coaching there, due to the “Air Raid” style of offense he ran, and how drastically different it was from the “professional” offenses ran in the NFL.

He later transferred to Oklahoma, and made the team as a walk-on, playing behind highly-touted quarterback prospects ahead of him. But the little guy who’s all heart — Mayfield is listed at 6’1, but that might be on the generous side of measurements – became the guy who took Oklahoma to its first appearance in the college football playoffs.

Mayfield wasn’t a guy whom draftninks were talking about before the 2017-2018 college football season started. He wasn’t a guy on the national radar after attending any of the elite passing and 7-on-7 camps which most star high school quarterbacks attend.

Instead, he was a guy who simply worked his tail off, who would spend an extra half an hour each morning driving his teammates without a car to practice (so they’d be on time for the early morning sessions), and just for fun, earning a few bucks on the side driving for Uber (that story went viral in April, when someone tweeted a photo of Mayfield being that individual’s driver for the Uber ride).

So after the media and fans spent nearly all of the winter and spring debating whom the Browns would take, and the merits of each and every one of those potential guys, it shouldn’t surprise anyone that Mayfield was the guy.

He’s been overlooked this whole time, so it’s just status quo for him.