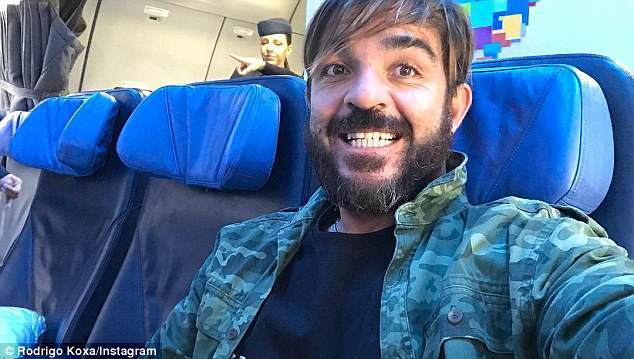 Sport is one of those things that make us watch in anticipation and go wow. Think about how Lionel Messi glides past defenders like a soccer-mad dementor or Lebron James dunks on opponents. Watching it in real time is akin to watching greatness. People will look back and say “imagine seeing that,” and you’ll respond “I don’t have to. I was there.”

There aren’t many moments like that in life, but one happened on the 8th November 2017, in Nazaré in Portugal. Yep, back before your new New Year resolutions were being broken, Rodrigo Koxa was riding a 24-meter monster and capping off a moment of a lifetime. The only problem was that the Guinness World Book of Records wouldn’t sign off on the achievement until they were sure. Maybe they’d had too many pints of the black stuff because anyone with eyes could see the record break in two.

Thankfully, they recently handed the award to the Brazilian man with no fear, albeit a little late. Apart from the fact that good things come to those who wait, a mantra of Guinness, there’s a lot to learn from the man himself. Here are the seven things that made Koxa’s achievement special.

Various news outlets have Koxa quoted as saying the achievement was a dream come true and that it was “the best present I’ve ever had.” Too many times in life we look at situations and assume that the best case scenario is a pipedream. We would all love to find a dream job, a perfect partner, and a hospitable home and settle down into happy bliss. Obviously, things get in the way and life can become a battle. Lose a few rounds and you may think the war is over. Koxa is a living example that targets, literally no matter how big, are achievable with hard work and commitment. Sorry if that was a little corny but it’s true and well worth remembering. And, don’t forget that this average Joe Brazilian isn’t a superstar or a famous-hungry man. He’s a normal guy who set out to break records for the love of the sport. If he can do it, anyone with a surfboard and a can-do attitude can topple a *bigger wave.

*Disclaimer – don’t put yourself in danger for the sake of the Guinness World Book of Records. Some people in there committed nothing whatsoever!

Patience Is A Virtue

It’s been mentioned already in this post, but it was only fleeting so it’s worth going into detail. Koxa surfed the wave on the 8th November 2017 in Portugal. He was awarded the accomplishment at the Big Wave Awards 2018 on the 28th April. Simple mental math means we can officially break the news that he had to wait 173 days. As an average, that’s almost five and a half months before the authorities got in touch. Imagine doing something of such magnitude and then having to wait half a year before claiming the credit. Sure, some people go years and even decades without getting the credit they deserve, but we shouldn’t dilute his powers of patience. Firstly, he knew as soon as he emerged out of the other side what he had done. Secondly, society today is built around having what you want as fast as possible. To be a patient gentleman throughout the process lends weight to the theory that good things come to those who wait.

Theoretically, trying to hit a new goal takes a whole lot of bravery. Without being vulnerable, there is no way to set new records. They are there to be broken, but there’s a good chance that you may fail in the process. Koxa knew this beforehand, so that is a tick in the right box. However, a man who took on an 80+ foot wave shouldn’t be scared of a theoretical challenge. To put the height into perspective, it’s more than one times taller than the Hollywood Sign in Los Angeles. If you’re unfamiliar with the biggest city in the Golden State, then try one times higher than a Brachiosaurus. Anything that is an extra 30 feet taller than a dinosaur is god damn scary, man! Jokes aside, Rodrigo knew that he was putting his body on the line. Worse still, he understood he might not come out of the water alive. The Brazilian evaluated the risks and summoned the bravery to attempt the feat regardless. Okay, maybe we won’t ever have to make a similar decision in the future, but becoming a hero isn’t easy.

Linked to bravery is the ability to recover, mentally and physically. Rodrigo has tamed Mother Nature this time around, but it wasn’t the case four years ago. In the same spot – Nazaré, Portugal – he wiped out so badly he almost died. That day in 2014 stayed with him for a long time after the bruises had healed. Up until a short time ago, Koxa wasn’t traveling to meets or attempting to break records. Instead, his mind was focused on avoiding the bad dreams from the first experience in Nazaré. As we know, the story has a happy ending thanks to his wife who healed him back to health and got him back on his board. Shout out to Mrs Koxa for her hard work. If it weren’t for her and her husband’s mental strength, the old record would exist to this day. Sure, someone would have smashed it in the end, but we’re happy R Koxa is the guy who lays claim to the mantle. Not only is it a feel-good story, but he seems like the nicest guy. And, contrary to popular belief, nice guys don’t finish last in the surfing world.

Jeez, the post has been a bit heavy so far, right? Well, to accomplish something spectacular is going to take a lot of moral fiber, so excuse us for waxing lyrical. Okay, so let’s turn it down a notch and focus on the cosmetics. You know, like the cool features which no one has considered yet. Traveling, for example. You don’t have to have a major in geography to know that Brazil and Portugal are thousands of miles apart. In fact, the exact distance is 7,482km from the capital Brasilia to the corresponding Lisbon. For the older generation, that works out at approximately 4,469 miles. So, Mr Koxa wasn’t even on the same continent when he achieved the record. Indeed, he and surfers like him spend lots of their time jet-setting around the world to catch waves. As well as checking the weather, they have to keep up to date with the latest property news too. Otherwise, that’s one hell of a commute! Most people admit that they want a solid job and a nice house with a picket fence but don’t want to stop seeing the world. Unfortunately, the majority of us have to choose one or the other. Rodrigo Koxa and many more like him are showing the rest of the world how to have their cake and eat it. Not only is he pushing the envelope, but he’s doing it by visiting Portugal, Indonesia and Hawaii.

And no, this isn’t a reference to the man himself. Instead, this is a shout out to the sport of surfing. Okay, a post in an online blog isn’t going to be the tipping point. Indeed, professionals will already be screaming that it is a huge sport with participation all over the world. They are correct, of course, because America, Australia and New Zealand are repping the game on a regular basis. But, footage of his ride and confirmation of the video has gone viral. From the BBC in Britain to CNN in the US, media outlets are falling over themselves to report the story. There is something about a man taking on the elements that is incredible to watch. Rodrigo Koxa has done something breathtaking and he is receiving the plaudits and rightly so. However, surfing is going to benefit as much if not more, and it goes to show what one role model can do for a brand. To drill the point home, Nazaré wasn’t a surfing hotspot until 2011 when Garrett McNamara set the record with a 70-footer. In the last seven years, contenders and camera crews alike have flocked to the area to watch men and women snatch the crown.

Service in the Sun 1957 edit from Gary Crockett on Vimeo.

As the sport gains popularity, the rewards are going to increase. From humble beginnings in Brazil, Koxa may become a wealthy man. At the least, he’ll earn a very good living doing something that he loves. People see sports stars and think that making it involves being instantly recognizable. The truth is that being able to earn a solid wage from a passion for however long is a triumph. Koxa turned a passion into pennies and anyone reading this can replicate his example in some form.

Keep an eye out for the name. Something tells us that this isn’t the last time we’ve heard of Rodrigo Koxa, the world’s new sporting hero.