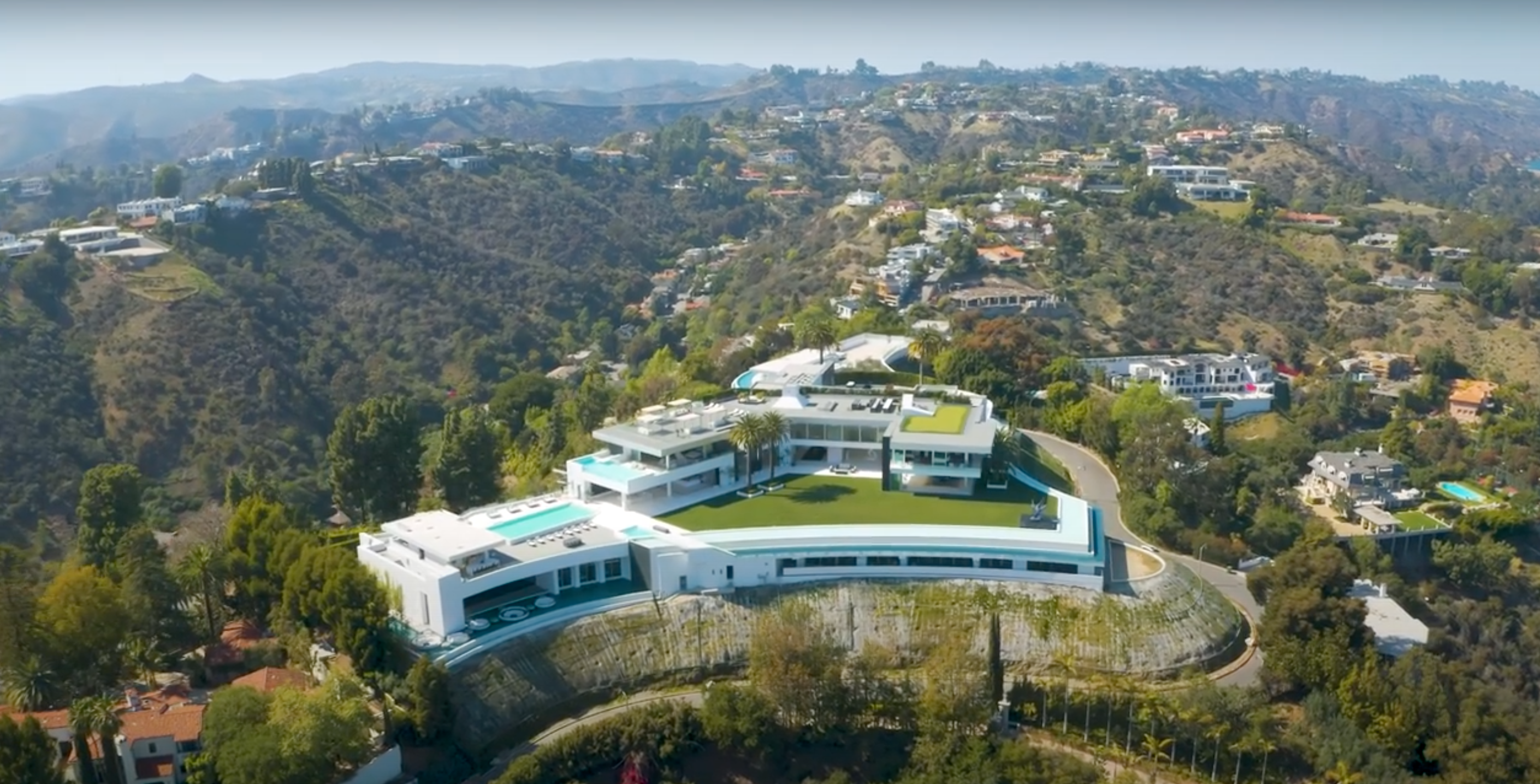 Michael Blakey, known on Youtube as ProducerMichael, was granted permission to tour and film the first glimpse of ‘The One’, the largest and most expensive house in the world that stretches across 105,000 square feet and is valued at $500 million. The completely unique house is situated in Bel Air, California and was designed by Nile Niami, who also features in the video.

Michael shared his experience inside the house on his YouTube channel, which is home to over 1.1 million subscribers. Highlighting the sheer size of the house, Michael divided the tour into two 30-minute videos which just about encompass the number of unique features, furniture, and rooms that are situated within the walls of the incredible structure.

The view from the house is completely unique and is the only building with an entire view of the LA basin and the ocean; just one of the features that amount to this house is documented as the most expensive house in the entire urban world.

The master bedroom itself boasts a living room, kitchen, and bar. However, the house also features a golf simulator, movie theatre, nightclub, gym and juice bar, bowling alley and several bedrooms and art galleries to separate each section of the house. It is truly an immense space, designed to perfection.

However, the house does not appear cold, despite its size; Niami stressed the importance of creating a ‘warm space’, which was achieved through ‘suede wallpaper’.

Niami is clearly very passionate about this project, stating in the video that “[He] picked out every single thing in this house, every paint color, every stone, every tile, all of the furniture”, whilst emphasizing the pressure of this “exhausting” task.

The house, although not yet completed, is now valued at $500 million dollars, a price that Niami never thought he would be able to ask for. However, in the video, he states that now “this asking price is not unreasonable” due to the “triple-digit sales in LA”; an incredibly lucrative place.

In order to construct this house, Niami took out $82.5 million dollars, in 2018, from Hankey Capital, however, this has since stretched to $110 million.

However, this amount of money does not reduce the amount of passion that has been given to this project. Throughout the video, Niami raises several features in the house that were created through the improvements of his previous projects. There is undoubtedly a tone of warmth and dedication for interiors and for this specific house.

The videos do an effective job in highlighting his passion, as well as capturing the sheer extent of the property which is almost unbelievable.

Watch out for the fifty car garage, multiple wine cellars and the moat surrounding the house… It’s not worth missing.

For more real estate interiors, check out this article about a $12 million NYC Penthouse.