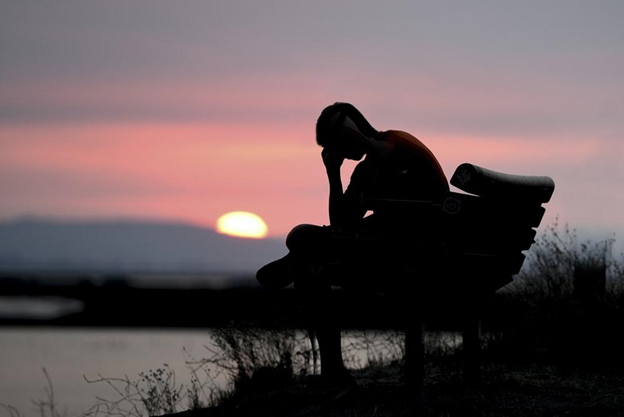 Depression is a mental health condition faced by many today. Different symptoms of stress and depression are experienced by other people and vary from person to person. Still, to date, not many people are aware of the consequences that an individual has to deal with if they are suffering from depression.

So I have collected eight different reasons that explain why the majority is so vulnerable to depression. If the article below helps you, then make sure to forward it to other people so that more and more people can be helped,

Depression is not an easy road to travel on as there are many things that you have to deal with such as negative feelings, fatigue, hopelessness, worthlessness, and so much more, but whatever the case, it needs to be understood that people suffering from depression have no power over whatever that is happening in their lives.

Such individuals become passive and somewhat believe that nothing can be done to relieve their suffering as everything seems to be falling, and nothing can be constructed again.

Being surrounded by negative thoughts:

Negative thoughts are a significant part of an individual’s life that is suffering from depression. When negative things surround a person, and there is no one to help or guide towards a helping medium, an individual is prone to fall into depression.

Negative thoughts scream that an individual has negative thinking that stays with them all the time, and after some time, other things start to get attached, such as regret. For example, person A has recently been divorced due to which they got bitter, but once regret is mixed, they will be looking at other things, such as thinking about the children or I should have acted better and should have been a better spouse.

No coping strategies are effective when dealing with such depression cases as to defeat the urge to think of the causes and consequences of the problem is almost impossible.

People suffering from depression can feel like they have no purpose in their life due to which doing the normal tasks of the day can be a difficult task. Depression affects the entire life and actions of an individual.

The dopamine is less in depressed people, and deficiency will increase the time and the effort they put into something. Still, at the same time, it will decrease the satisfaction that an individual gets from performing their daily tasks.

It is advised by different experts not to make long term goals but focus on realistic goals that are easier to achieve so that a person remains motivated and hopeful, but that’s not always the case with a depressed individual.

Depressed people can be pursuing a goal that is not attainable. For example, they are running after losing weight, and they intend to lose 70 pounds in a week, which is not possible, or they want to continue an already failed marriage, which is impossible. When they fail, they tend to feel bad.

It is important to understand how vital it is to set achievable goals, and if you can do so, then I am sure you will be healthy mentally compared to those who keep running after what they can’t have. What needs to be understood is that giving up such goals will open doors of opportunities for others.

A person who has always been poor in decision-making and problem-solving must understand that there are many forces behind him. He may have been bullied or may have had a traumatic childhood where he may have been judged or verbally abused. Whatever that happens to us is dependent on a personal choice.

Depression is made worse by what a person does as a consequence of what is happening to them, and once you have seen a troubled life, it is evident that you will be skeptical of the decisions you make.

Mistakes teach us the lessons about life, but at the same time, mistakes can throw us into the pits of depression. When a bad decision is made, consequences are to be bared, and then acting impulsively can further add to the original problem. Such a person that has a problem making a solid decision can have issues in their relationship too.

Consuming medication without consulting a professional:

It is okay to fall into depression as many different things can happen to a person pushing them towards negative thoughts. Still, matters tend to get worse when one tries to cure themselves on their own without consulting a doctor. Self-medication can be through the internet by putting your symptoms on the internet or just by consuming drugs and alcohol, which is wrong as it can increase depressed and negative feelings.

Lately, doctors have advised people to consume weed and CBD for their depression, and if you are one of them, you should head onto www.highclub.org for availing some of the best deals, but if you are not one of them, then you must not do it as it will make your depression worse. Through self-medication, things may be okay initially, but it will worsen if a doctor is not consulted.

There can be many reasons for a person feeling down; it can be something from the past or the present. The reason will vary from one person to another person, and many times, a person can be busy with other things because they tend to ignore their feelings.

The ignorance can lead to negative feelings increasing day by day, and eventually, if they are not dealt with, they can throw a person into depression. When one feels down, it should be taken seriously and not be ignored; it is important to see a professional so that they can guide you towards the right path.

Depression is hard, especially when one has to deal with it all alone. Depression tends to attack the parts of yourself that you were always proud of. For example, you would be a great presenter, but once depression takes over, it takes away that skill and makes you scared.

When such feelings are being experienced, it is essential to stay with people who tend to lift you, but if you are not surrounded by people who support you and tell you that you are wanted, that can make you more vulnerable to depression. A toxic environment sucks the life out of you and drains all the energy leaving you feeling more down than before.

To sum it all up, if anyone around you suffers from depression or has negative thoughts, then make sure to be there for them by listening to them to return to life and be healthy and happy.