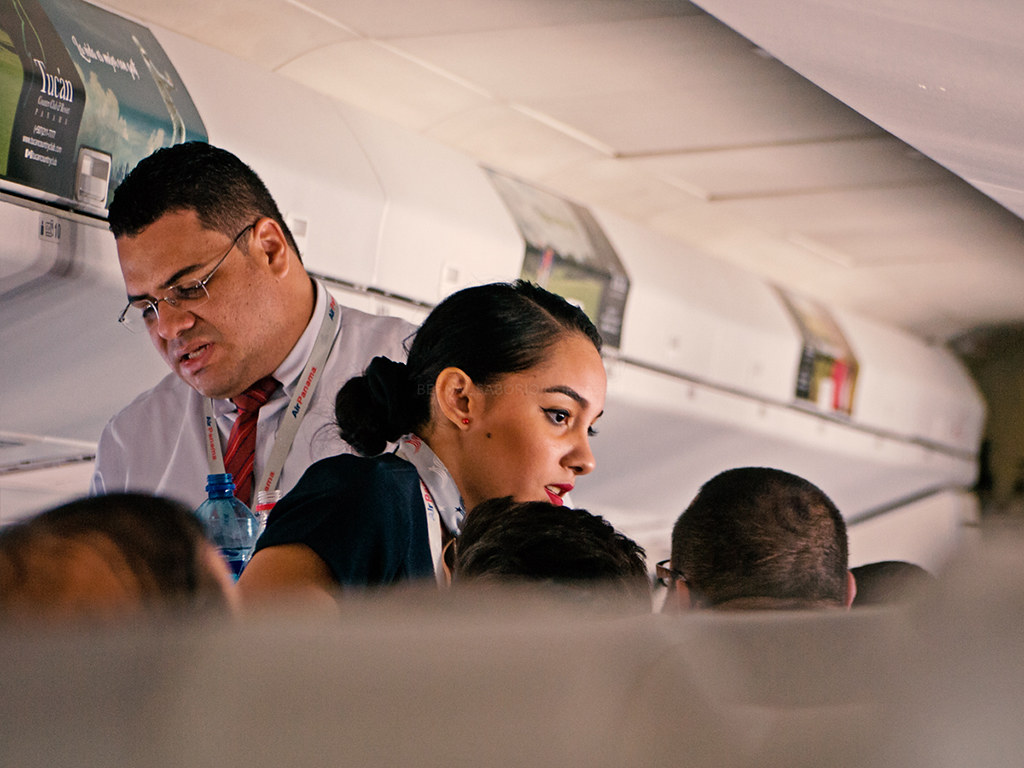 While flying commercial is never a particularly luxurious experience, the increase in in-flight incidents involving unruly passengers has only added to the castle of traveling. If you ever find yourself in the presence of a skirmish between passengers, please resist the urge to intervene.

Before involving yourself in any dispute aboard an aircraft, there are a few things you should take into consideration.

For starters, breaking up a fight on a plane is very different from doing so on solid group. Due to the locations, there are serious legal repercussions for anyone involved in the dispute on a plane, even if you are just trying to help the situation. Should anything happen to anyone on the plane, the airline and even the specific flight attendants, can be held legally accountable.

Conde Nast Traveler details Article 10 of the Tokyo Convention, which states the punishment fro crimes committed on aircrafts, as of 1975:

“[I]n situations where anyone, including a passenger, believes someone near them poses a threat to either the plane or another passenger, they have the right to take ‘reasonable preventative measures’ without asking permission”.

This rule was originally set in place in order to address more serious situations, such as the possibility of a terrorist attack. However, this article hopes to inform readers about a much less serious matter that does not carry international weight. The disputes we are dissuading you from interfering in are in regards to fights caused by overhead luggage space or shoving the person standing in front of you in the aisle.

When it comes to these more common, and often unnecessary, disagreements, the first thing to understand is that it is the initial responsibility of the flight crew to diffuse the situation. Not another passenger.

Independent airline analyst Gary Leff expressed to Lifehacker, jumping into a fray might complicate the situation further. “Don’t get involved. It can be difficult to disentangle fault,” he says, “If a crew member requests assistance, that is another matter.”

It’s important to allow the grew the space to do their jobs and handle matter themselves, especially when not given explicit consent to the step in. This is also important because physically harming a flight attendant can carry a prison sentence of up to 20 years if you’re convicted.

Filming truly passenger, however, is actually an effective way to help. If you can catch a disorderly or disruptive passenger’s behavior on film is a good deterrent to stop their behavior, especially if they are caught banging in a violent, racist, or otherwise unacceptable manner.

Gary Leff claims: “Filming is important for customers, because it’s often the only way to prove what really happened and as a defense against what others may say occurred in an incident”.

While certain airlines may threaten legal action against a passenger filming an onboard dispute, there is not formal law forbidding you from taking your phone and hitting record. However, these freedoms may be stifled once the plane takes flight. “Airlines have more power because as private parties they np bound by the First Amendment,” Associated Press columnist David Koenig wrote in 2017.

However, due to the rise of videos of unruly customers and passengers circulating the internet, you should be fine filming if you are doing so in order to try an help the situation.