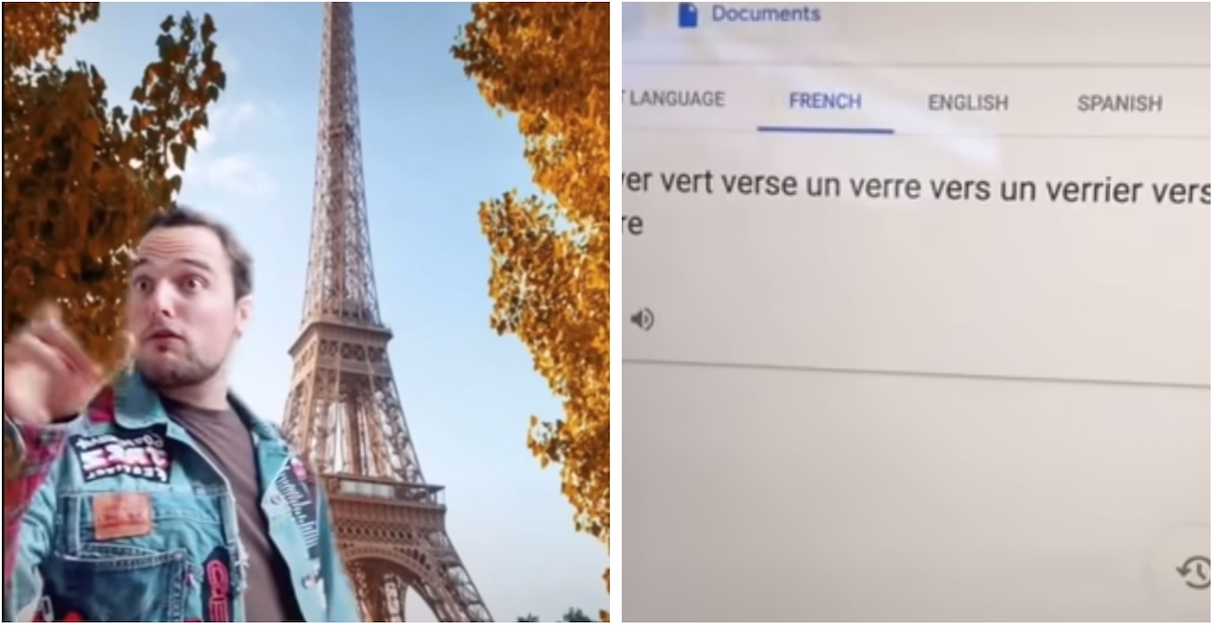 The video demonstrates how certain words in French that sound the same but have different definitions, can still form a complete sentence and it’s hilarious.

If you are learning French, you might want to watch out for the language’s many homophones, as you could end up asking for a worm (le ver) instead of a glass (verre).

The TikTok posted on YouTube reveals how to form a sentence in French with homophones. It has over one million likes on YouTube, and it’s clear to see why.

The sentence translates in English to: A green worm pours a glass towards a glassmaker around eight o’clock.

Although the sentence is almost grammatically correct, it’s mostly nonsense. It would be best suited to children’s books of the Dr. Seuss variety.

The fact that repeatedly pronouncing ‘ver’ forms a sentence in French proves how easy it can be to misinterpret a word, so be careful!

An example of a phrase in English that uses multiple homophonic words is: The sun’s rays raised the res to raze the rehs.

Rehs are sodium salt mixtures, raze means destroy, and res is the plural of re, as in the musical scale doh re mi.

In this article:french, life, social media