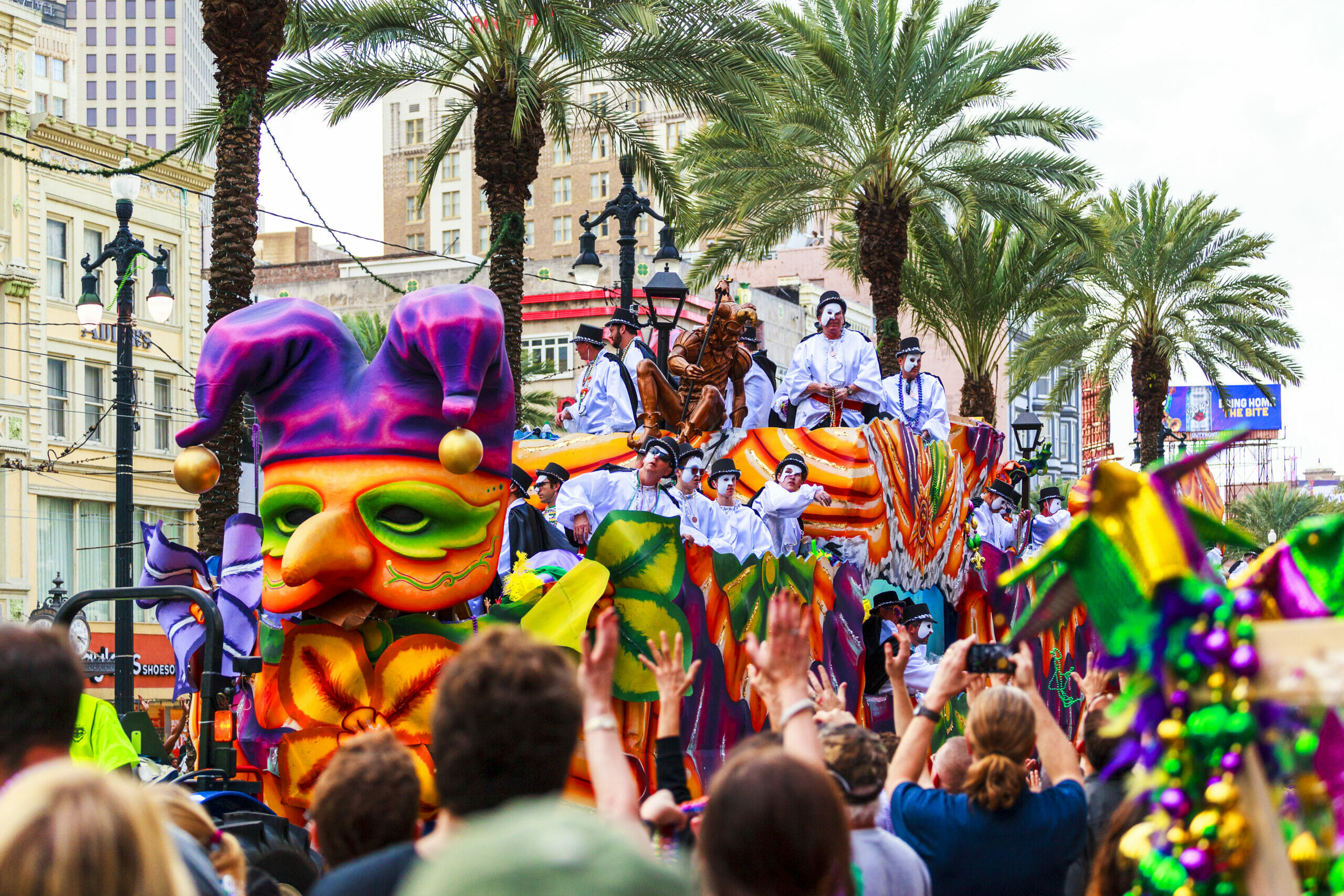 For the first time since pre-pandemic, the streets of New Orleans, Louisiana in the United States South are once again covered in beads, beer cans, and burger bun wrappers.

For the weeks leading up to Mardi Gras day, New Orleans gears up for the city’s biggest celebration of the year. The beloved tradition of Mardi Gras has returned to the historic city with all the color and glory it celebrated before COVID-19 interrupted the practice.

In these early years, Mardi Gras was hosted by and resembled an elegant high-class society. Mobile held parades from the beginning, celebrated by a secret society called “Masque de la Mobile,” while New Orleans didn’t incorporate parades until the early and mid-1800s.

Today, Mardi Gras is celebrated with an abundance of parades, parties, music, picnics, floats, and food. Those who march in parades dress in outfits coordinated to their krewe and the year’s themes, while parade-goers often dress in various costumes usually colored in bright greens, yellows, and purples.

Parades are perhaps the most famous and most decadent of all the Mardi Gras celebrations. They can be anywhere from 20 to 40 floats long, some floats two stories tall and two cars long. Each float overflows with dozens of krewe members riding and tossing beads, stuffed toys, and other throws to the cheering crowds.

2022’s Mardi Gras was the first since the COVID-19 pandemic. New Orleans canceled Mardi Gras 2021, leaving New Orleanians to celebrate the holiday season in more creative ways. Instead of gathering in the streets to cheer on passing floats, people decorated their houses, hosting what became known as “Yardi Gras.” Instead of mechanized floats, houses were adorned with traditional float’s out-of-use decorations.

Mardi Gras, or “Fat Tuesday,” originally derived from the Christian practice of Lent, the 40-day fasting period that precedes Easter. “Fat Tuesday” is traditionally celebrated as a day of final indulgence before commemorating Jesus’ 40-day desert fast. On Mardi Gras day, people enjoy food and drink with no restraint in anticipation of the coming religious restriction.

Twelve days after Christmas, when Christmas season ends, Carnival season begins in New Orleans. The Phunny Phorty Fellows, made up of a band of Twelfth Night revelers, is the first krewe to initiate Carnival season, rolling down St. Charles in full costume and celebratory swing.

After that first parade night, king cakes are to be found at bakeries and stores across the city, second lines can be heard marching through streets and parks, and beads glint on tree branches all along the main streets.