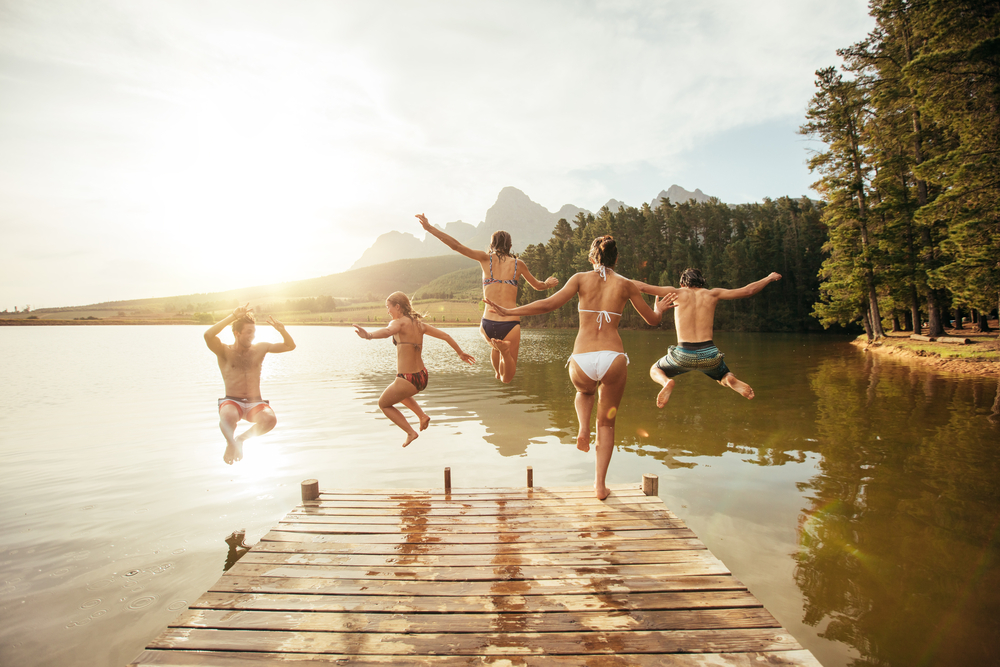 Once upon a time, the majority of people subscribed to something known as the 40×40 Plan, this colloquially referred to how people would get an education then work forty hours per week for forty years, usually for one company, and then retire.

It was at this point of retirement, known as the ‘golden years’ that people would begin to really live their life.  Yet, they would be doing this at a stage in life where their bodies weren’t up to the adventures they would have been able to have had they travelled in their twenties or thirties… and in general, whilst these years were considered to be “golden” they were also known as a slippery slope of decline and degeneration.

Today, with the emphasis on having a “freedom lifestyle” the idea of mini-retirements (first introduced by Tim Ferriss in his New York Times bestselling book, The Four Hour Work Week) has been banded around blogs and professional yet somewhat nomadic communities for the past decade.  This article explores the idea of mini-retirements and in particular where you should consider retiring to for a few months.

What is a mini-retirement?

A mini-retirement could also be termed as a career break, a gap year, or a sabbatical – often involving travel to a country that offers more bang for your buck.  As an example, the house price in Malaysia is significantly cheaper than the US.  Indeed, you could rent a beautiful four bedroom house right on the ocean with pristine azure water, freshly picked fruit and the most succulent seafood you’ve ever tasted for the same price as a cramped bachelor pad in New York.

Essentially, it’s all about recognising that life is unpredictable and taking some time out whilst you’re still young enough to fully embrace life.

In combination with this idea of mini-retirements, many people are wanting to embrace the remote working lifestyle on a more permanent basis where they trade their cramped cubicles and congested commutes for a beach hut in some tropical paradise where they are able to lounge about in a hammock whilst working on their iPad.

Some people mistake the motivation behind this to be one of laziness and being workshy, yet some of the hardest working and most intelligent people are choosing to live and work in this way.  Today, it’s less about making tons of money and it’s more about squeezing the most from life. The remote working lifestyle and concept of mini-retirements offer this in abundance.

Presuming you’re now sold on the concept, let’s have a look at a few places to consider for your mini-retirement.  The core consideration, particularly if you’re not earning during your mini-retirement is finding a destination where your money will last long enough to ensure you benefit from an enhanced quality of life – as the opposite vibe to a mini-retirement would be scratting around in financial desperation trying to make ends meet.

As an example, Nepal, known as one of the cheapest countries in the world might seem like a good idea on this basis, but that’s not the only metric to consider when looking for a mini-retirement; where you’ll essentially live and integrate within the destination for an extended period of time.

If you’re heading to Indonesia, in search of an experience akin to Eat Pray Love you’ll want to get yourself to the magical island of Bali.  Now, Bali isn’t one of the cheapest places you could rest your cap yet it is considerably cheaper than Europe and the US.

Bali is an incredibly vibrant island that has something for everyone; yes, it has become much more touristy in recent years and suffers with the problems of many SE Asian tourist hotspots; such as congestion and pestering from touts – but the beauty of Bali is that there are still plenty of tranquil and serene places to relax and rejuvenate… and you can still do it on the cheap!

The party area of Kuta is reasonably isolated, so if you’re looking to party – this is the place to go, and if you’re looking for peace and quiet, this is definitely the place to avoid.  If you’re wanting to trace the footsteps of Julia Roberts in Eat Pray Love, you’ll want to head toward the sanctuary that is Ubud.

Thailand remains a firm favourite amongst families, couples, backpackers, and solo travellers alike.  There’s pretty much something for everyone in this eclectic kingdom known as the “Land of Smiles”.

There’s still much unspoilt beauty left to discover, particularly in the region of Krabi and Koh Lanta, but the undeveloped and rustic image that Thailand touts is not necessarily representative of the more popular areas that are littered with neon lights, dodgy massage parlours and tourist traps.  It’s therefore recommended you head somewhere more laid back and less developed such as the island of Koh Lanta or Pai in the North.

Indeed, if you’re looking for somewhere less developed and tainted by tourism, Laos offers a great alternative (or addition) to Thailand, and is somewhat cheaper too.

If you’re looking for a place to settle, Chiang Mai could be of particular interest, known as the “capital of the north”, it is a great place to have as a base, in which you can explore the rest of Thailand.  With direct flights to Krabi, Phuket and Koh Samui for as little as $10 you are able to have a base in the North of Thailand (which is much cheaper than the south) and then go on mini breaks to more exotic island locations.

With regard to accommodation, there are plenty of brand new condos that are safe and modern for as little as $10 per night.  Due to the high number of international digital nomads in Chiang Mai, along with a huge university student population, the city has great WiFi and some cool cafes akin to those you would find in any western town for which you can feel “at home” whilst far from home.

South East Asia is a favourite for mini retirements, yet Morocco is an equally enticing proposition if you’re looking for a more immersive and mesmerising experience.  In the most part, Morocco is a very safe country to travel around with very low rates of theft and violence – particularly against tourists.

It is, however, an attack on your senses.  You’ll be bombarded with colours, sights and sounds that will likely wear you out for the first few days.  It can be a real culture shock, yet there’s beauty in that contrast and the trick is to just go with the flow and trust that everything will be okay, because in the most part it will be.

Marrakech is an incredibly colourful and vibrant city.  The majority of people visit for just a short while, as there is an element of endurance to be had with exploring Marrakech, due to the frenetic pace, the hustle and bustle, and the sweltering heat.

Marrakech, for some, may feel like stepping into Disneyland, in that it can be overwhelmingly frenetic.  Whilst it provides a stark contrast to the Western World, it’s interesting to note that it’s only a short flight to Mainland Europe and the “new city” offers some very luxurious accommodation at a ridiculously cheap cost.  In terms of flying to Europe, it’ll take just a couple of hours to Mainland Spain for instance, and will cost as little as $10 one-way.

However, to live in Marrakech itself might be a bit too much for most people.  A more relaxed and rewarding alternative to Marrakech is Essaouira which has a much more chilled out coastal vibe to the city.  Then, to the North there is Fes, which has less tourists but a lot less to do or the capital of Casablanca.

You may wish to visit http://www.visitmorocco.com/en in order to gauge the full extent of this fascinating country and see what areas suit you the best.

In summary, there are so many options when it comes to taking a mini retirement but the trick is to just lean into it and see where you end up.  Mini retirements are great for single people, couples and even families. It’s time to squeeze more out of life and treat yourself to the experience of a mini retirement!