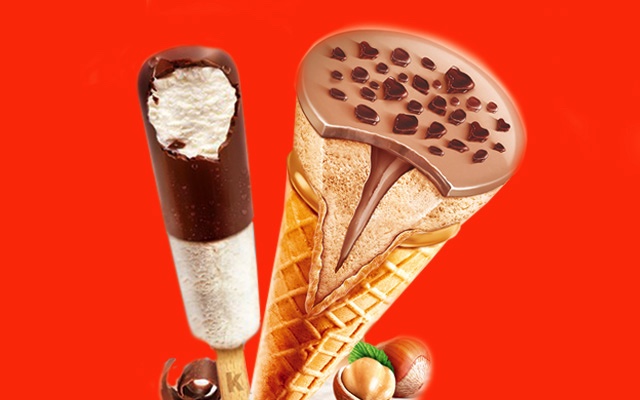 It’s the week of Bueno Ice Cream and Grand Big Macs… well, almost. Social Media has been going crazy at the prospect of the new chocolate, hazelnut ice cream.

Kinder has announced that Bueno cones are to be released this summer. However, there is no official date for when your favorite chocolate bar ice desert is going to hit shelves in the UK.

The late Michele Ferrero invented Kinder Bueno, and his chocolate factory, Ferrero, is set to distribute cold goods. A Ferrero spokesperson has said: “The Kinder Ice Cream range will be launched in 2018 starting in France, Germany, Austria, and Switzerland”. Therefore, the British public will have to wait for the new range.

You heard that right

Best of all, the new Bueno Cone is said to be only 206 calories. Consequently, this delicious treat is set to be a great small snack for consumers whenever it is released. We are waiting with anticipation for when we can try the range of Kinder treats.

What do you think the hottest cold treat trend for 2018 is? Find out here!