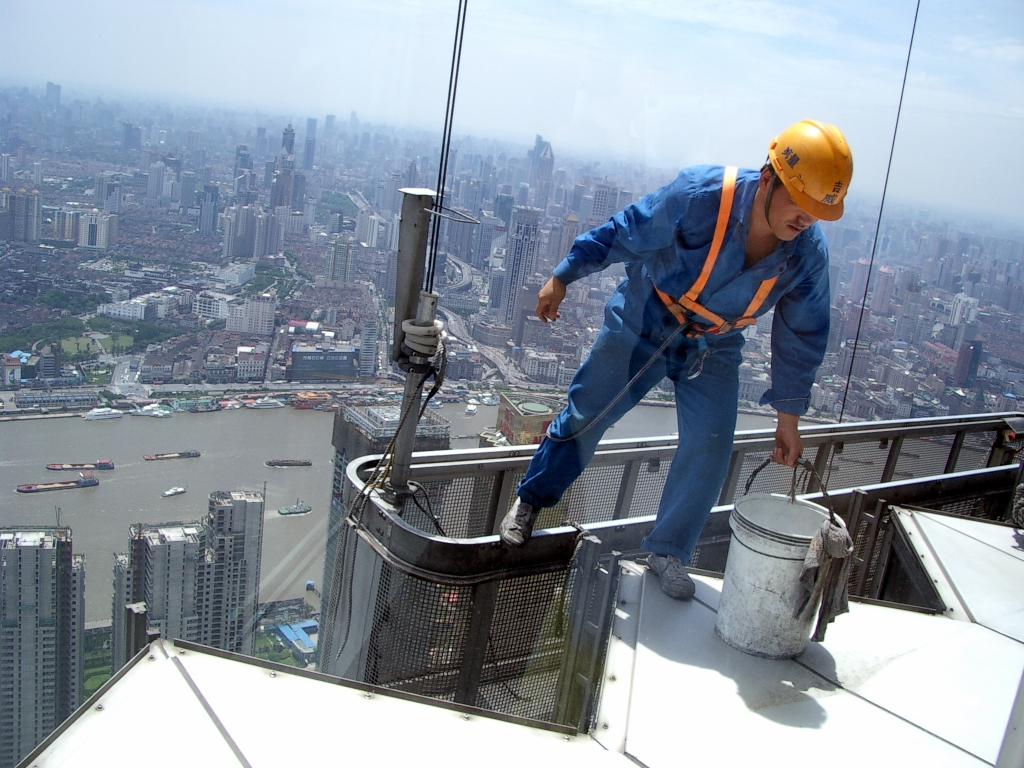 After working in an office for eighteen months, you might argue you run the risk of being bored to death! The truth is that every job comes with its perils and you have to weigh them up before jumping aboard the gravy train. However, certain ones are perilous and can cost you more than an energy-sapping from Colin Robinson-like vampires.

Still, if that’s how you like to get your kicks, who are we to judge? Far from tarring you with a brush, we’re willing to encourage your ridiculous notions and egg them on. Yep, that’s the kind of online publication we’re running here at Trill, folks. So, with that in mind, below you’ll find a list of the most treacherous jobs in the world. Caution: continue at your peril, unless you’re an adrenaline junkie of course, in which case hurry up and get your hit!

“Sherpa” with an uppercase “S” is the people and “sherpa” with a lowercase “s” is the people who trek up mountains for rich, white boys and girls. Of course, the former isn’t particularly a dangerous profession because it’s an ethnic group and not a job! The former, though, is very tricky indeed. Trekking up to summits of 8,000m and more, or over 24,000ft for the imperially inclined, these mountaineers often put their lives at risk daily. The best example is Everest where sherpas tie unstable ladders to ice blocks above crevasses that are thousands of feet below. Up to 11 guides can die a year, but if it sounds like fun then get to the gym. Local guides have an advantage in that they can consume oxygen at altitudes, unlike most sea-level dwelling people.

You don’t hear this profession too often these days thanks to a rise in white collar jobs, but it still exists. And, it hasn’t gotten any less dangerous even in the era of health and safety. Thanks very much, the federal government. Whether it’s the position of a longshoreman, dock worker or ship captain, the risks are intense. From a crash out on the open seas to getting squashed by a container, you will regularly run the gauntlet. It’s no wonder they need a maritime accident attorney on speed dial. Obviously, the positives are the camaraderie between you and your colleagues as well as pretending that you’re in the second season of The Wire. Wait, was that Stringer Bell?!

Just to be clear – you won’t actually be a surgeon. To cut people open with a scalpel, if that’s your thing, you’ll have to go to medical school and spend thousands. But, you can masquerade as a “surgeon” without the qualifications by tending to trees. When Mother Nature gets out of control, you’ll be the one they call to keep Her in check. To do it, you’ll need to yield a chainsaw to cut Her back down to size while tens of feet in the air. As thrilling as it sounds, there are risky side-effects such as the rope suspending you from the ground failing. That’s a nasty bump. Or, the chainsaw can recoil off the wood and hit you in the body which will require more than stitches. Still, the urge to shout “timber” as a tree falls to the ground is too enticing, go for it.

Sorry, that should read “stunt person.” We’re a lot of things here at Trill but non-progressive isn’t one of them! Currently, the trio of DiCaprio, Pitt and Tarantino are raising awareness of stuntmen and woman in his typically weird and gory way. Why on earth does Charles Manson make an appearance, Quentin? Anyway, odd plot twists aside, there is no doubt these people put their lives on the line, and they do it for a great cause: film. Yes, if there weren’t beautiful people making indulgent movies the world would struggle to spin so you’re doing everyone a favour. Of course, you won’t get any of the attention because that goes to the actors, yet you might catch fire. Now and go and break a leg… metaphorically speaking.

The likes of Amazon and McDonald’s are the biggest brands in the world and they’re not afraid to exploit their workers. After all, the customer is king and they’ve got to get their packages delivered in double quick time. The result is the motorcycle courier industry where people drive scooters and mopeds in cities across the world. However, there is more risk to this seemingly innocent job than meets the eye as they are often subject to violence. Scooters are a hot commodity and thieves are ready to knock motorists off their bike and make off with the loot and the food in the back. In London particularly it’s an epidemic so please, please; please tip your drivers well. It’s the least they deserve.

Sitting on top of tons of fuel while being blasted into space is never going to be safe, but the stats don’t make for good reading. There has been a recorded 34 astronaut-related deaths of the 400 which have been to space, a percentage of 7.5%. While it doesn’t sound like much – only three people died in space – it’s significantly higher than almost every other job, especially when you do this.

Unless there’s a slippery floor, and there is a sign for that, you aren’t in any immediate physical danger. Sadly, your livelihood might be on the chopping block thanks to automation. Half of all jobs might be at risk thanks to our robot cousins as early as 2040 which will give you cause for concern. If the robots are reading this, this writer obviously doesn’t feel that way and is a good, obedient lapdog. It never hurts to hedge your bets, people.

You should always do what you love, and if you love life-threatening peril while earning a fortune, you’re spoilt for choice. Remember – these are six of the best and there is a job like the above to suit your needs.