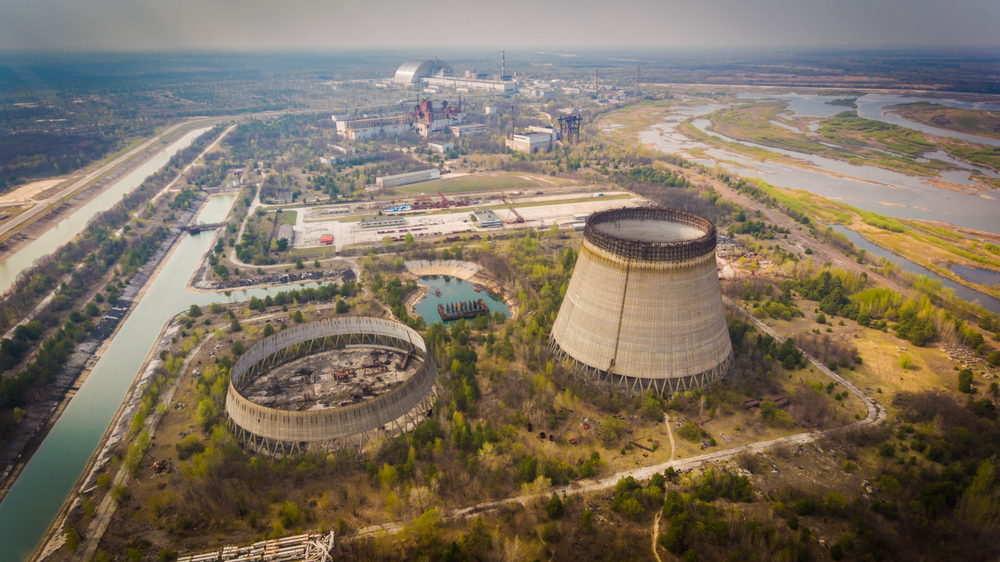 A Ukrainian photojournalist has recently recovered film negative from Chernobyl which documents life in the city before the infamous nuclear disaster.

On 26th April, 1986, reactor four at Chernobyl Nuclear Power Plant in the Ukraine, exploded after a massive power surge. The explosion released at least 5% of the radioactive reactor core into the environment, and Chernobyl became knows as the worst nuclear power plant accident in the world.

Although the official Soviet death toll stands at 59 – with 2 deaths relating to the power plant workers who died after the explosion occurred – Greenpeace estimates that anywhere between 93,000 and 200,000 people have dies as a result of the events at Chernobyl.

Over thirty years later, Chernobyl has still not recovered from the tragic event, which is largely in part to the health and environmental risk that the radioactive waste poses.

But in recent weeks Chernobyl has once again hit the headlines, this time in regards to Vladimir Putin’s Russian invasion of Ukraine. Russian troops have seized control of the power plant, which has sent a wave of fear that the radiation will spread, which places the staff’s wellbeing as the center of concern.

However, Maxim Dondyuk, a Ukrainian photographer, has recovered o er 15,000 artefacts from villages in the Chernobyl Exclusion Zone. Letters, photographs, and even film negatives are just some of the items that Dondyuk has managed to retrieve.

For his series titled ‘Untitled Project from Chernobyl’, Dondyuk has restored and scanned the film which depicts scenes that are ‘frozen in time’ following the mass evacuation of more than 100,000 locals.

In a conversation with CNN, Dondyuk said: “I was amazed at how the Soviet government evacuated these people, promising them that they would return in a few days, and not allowing people to take with them such priceless things as letters, [or] photos of relatives [and] friends.

“They didn’t realise… that they would never be back to their homes where they were born, or where they lived their whole lives.”

For Dondyuk, the Chernobyl disaster is very personal to him, and he went on to talk about how it affected his own family: “It was the very first time I heard about Chernobyl accident, that probably, according to my parents and doctors, was the cause of my brother’s illness. It left an unforgettable imprint in the life of my family,” he said.

Dondyuk, alongside his wife and studio manager, regularly visited the Exclusion Zone over a five year period, which is where he came to be in possession of a staggering amount of personal effects and artefacts.

“I didn’t expect to find such a huge archive. In the beginning, I thought there would be several photos and maybe some postcards,” he continued.

The photojournalist regularly uploads his findings to Instagram, and he has exhibited his project at festivals and exhibitions all over the world.

In recent weeks, however, Dondyuk has been preoccupied with photographing Kyiv following the Russian invasion of the Ukraine.

He said: “I was able to finish the restoration step, and then the war started. So for now all the found [photographs] are restored and [organised] in folders and are waiting to be scanned. I’ll be able to do [that] only after the war ends.

“It is extremely important for me to find and preserve the surviving remnants of history of this region while we still have something to save.”

Check out more of Dondyuk’s work on his Instagram page here.