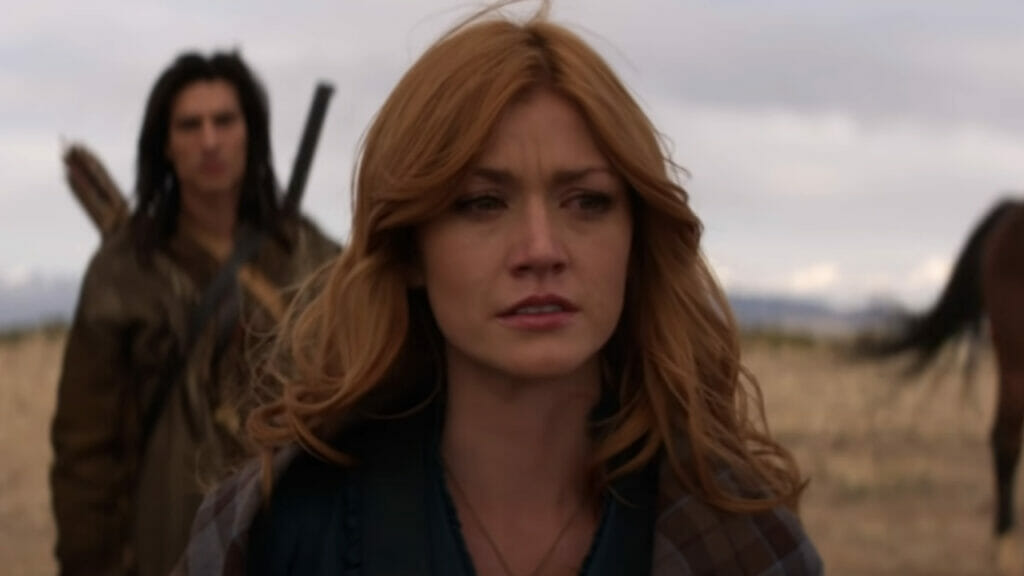 The series is supposed to air its 8th episode on Thursday, January 12th, 2023, at 9 p.m. ET, according to the Emmys. However, IMDb reports that the episode has a 5th January release date. The CW’s midseason plan has still not been announced, and we will let you know when the show’s midseason premiere date is out.

Check out the released promo to get a hint on what to expect from the first season’s second half.

From the promo, we could be in for a bit of a time jump on the show. We’ll also get to see Abby’s sister. We learned about her earlier in the season, the two don’t see eye-to-eye, and her arrival could give up Abby’s cover.

She’s now known by the surname ‘Walker,’ an English interpretation of the Apache name, which was given to her by Calian and his people after they rescued her out on the prairie. It would be interesting to know how her sister’s appearance in Independence will influence her mission to take Tom down, moving forward, considering the man is alive in the promo.

The list of cast members involved in the eighth episode of Walker Independence is given below:-