Maybe pick someone your own age...

Stranger Things fever has been sweeping the globe with the recent release of season two. While everyone absolutely adores the kid actors who play the beloved Hawkins five, one model took if too far recently when she called out one of the actors on Instagram.

Finn Wolfhard plays Michael Wheeler, the self-identified leader of the friend group in the show. Wolfhard is only 14 and already a supremely talented actor. Time in the spotlight, however, as not been all smooth sailing for him.

Recently, Ali Michael, a 27-year-old American model, took to Instagram to profess her love for Wolfhard. In her post, she sexualized the boy who is 13 years her minor saying, “not to be weird, but hit me up in 4 years.” 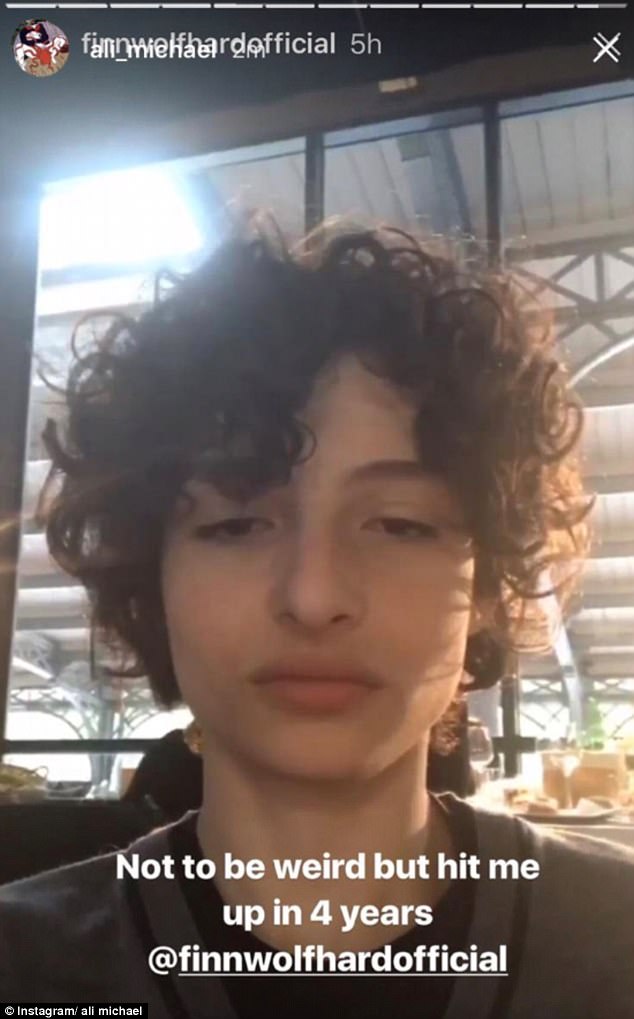 Perhaps the model meant it as a joke, but the Internet was not having it. Many condemned Michael, calling her comments “disgusting” and “sexualizing children”. She quickly apologized, but Wolfhard was clearly a little rattled. In a recent video, when asked what he thought about the post, the actor says the following:

“Oh, that was nuts. That was gross. That’s good that she apologized. It’s weird but…I mean, I don’t know. It’s fine.”

finn talking about that 27 year old model who told him to hit her up in 4 years :/ pic.twitter.com/1a3zPX1RsR

Wolfhard looks uncomfortable and doesn’t know how to respond to the situation. He probably knew to prepare for plenty of young girls obsessing about him as he rose to fame. Presumably, however, he was not warned about full-grown women fawning over him.

Maybe Wolfhard and Millie Bobby Brown can just get together instead? Then everyone’s Stranger Things fantasies could come true in real life.