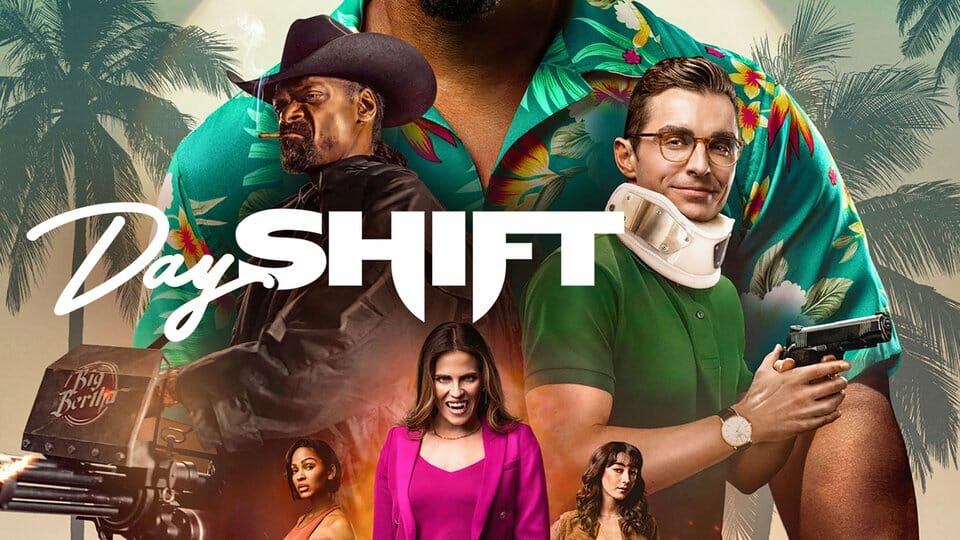 Day Shift is an upcoming Netflix original film directed by J. J. Perry, based on a script written by Tyler Tice and revised by Shay Hatten. J.J. Perry made his directorial debut with Day Shift after working as a second-unit director.

The action-comedy film follows Bud, a hardworking father who only wants to provide for his family. He works a humdrum pool cleaning job in San Fernando Valley, but this is a cover for his career as a vampire hunter. Aside from Foxx, the film will include many other recognizable celebrities. Dave Franco, Snoop Dogg, Natasha Liu Bordizzo, Meagan Good, Karla Souza, Steve Howey, Scott Adkins, and others star in the film.

Although this is an American film, we are confident that people worldwide will want to see it. This is why we’ll present the Day Shift release time based on your location.

The following are the Day Shift Netflix release times by time zone: