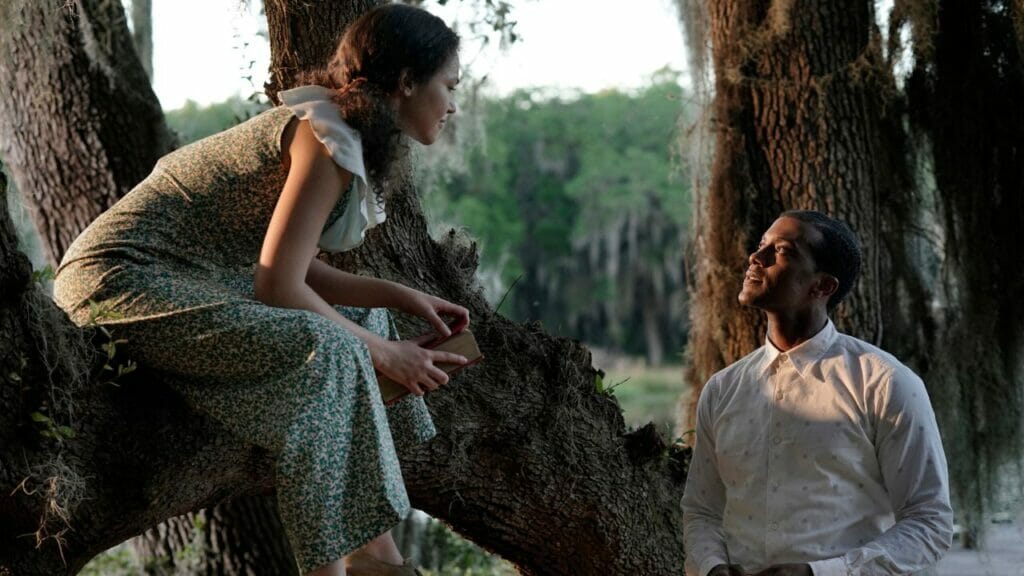 The release of Tyler Perry’s A Jazzman’s Blues on Netflix is approaching, but before viewing the film, it is advised to be aware of its parental guidance rating.

A Jazzman’s Blues is a drama film about forbidden love from the Deep South of the United States. Perry wrote, directed, and produced the movie. It takes place from 1937 to 1987 and follows two star-crossed lovers that meet as teenagers but continue to stay in each other’s lives as they grow up.

So is A Jazzman’s Blues okay to watch with kids? We answered this question below.

This movie is rated R, which might not be appropriate for anyone under 17. The film contains drug use and rape. Overall, it’s meant for mature audiences only. So, we suggest finding something else for the kids to watch and start watching A Jazzman’s Blue. Luckily, Netflix has plenty of child-friendly content on its platform that you can choose from, and I’m confident you’ll find something good to watch with them.