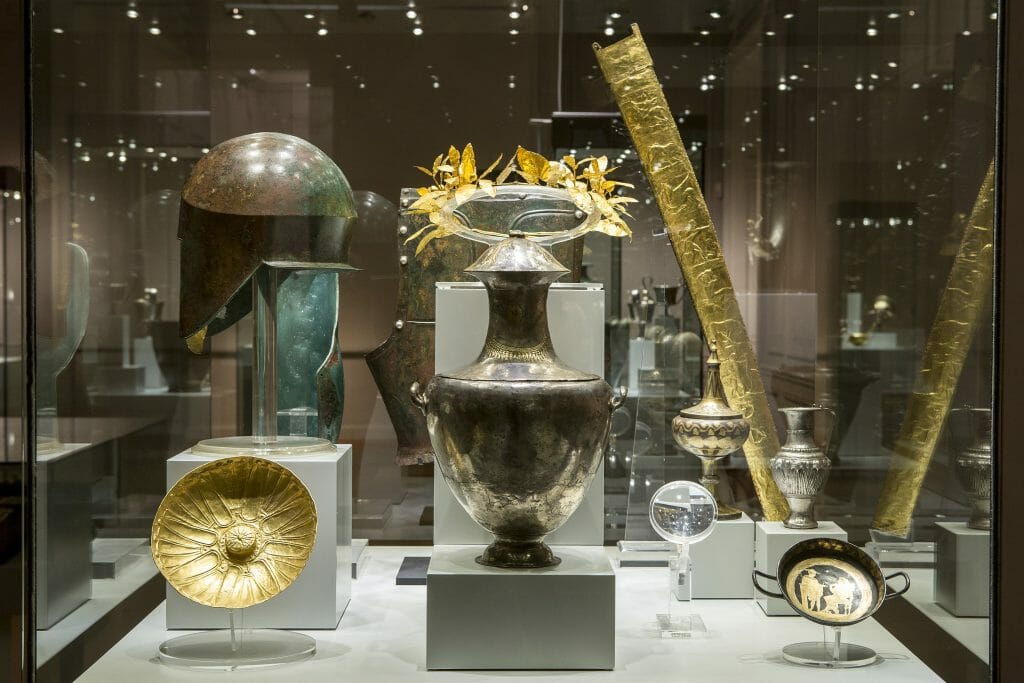 Silver, gold, skillful execution, quality, and brilliant ornamental details – these are just some of the things that complete the look of a unique ancient ladle. As part of the globally famous Vasil Bojkov Collection, the ladle is a valuable addition to the assemblage of over 3000 spectacular artefacts. Accumulated over the years, the assortment of antique treasures offers a revealing glimpse at a distant past. Earlier this year, the National Art Gallery in Sofia, Bulgaria, held a one-of-a-kind exhibition titled “The Golden Fleece. The Quest of the Argonauts” which attracted not only historians, collectors, and culture lovers from Bulgaria, but also audiences from all around the world. The National Gallery and the Thrace Foundation presented 62 cultural treasures, with 17 artefacts being introduced for the very first time to the public eye.

The silver and gold ladle in question is particularly special because of the precise details that adorn the two ends of the utensil. It has a disproportionately long handle compared to the size of the cup. Culminating in a hook, the handle is decorated with a skilfully designed ram head, which was created separately and added later to the long stem. What is truly impressive, is the fact that the head of the ram is made with such careful precision, despite its small dimensions. More typical Ancient Greek ladles had hooks ending in water-bird or hound heads from the Hellenistic period onwards. Ram’s heads were particularly unusual, in fact, they are unseen in any previous or later discovered ladles.

Looking at the cup of the miniature ladle, we can see it has an egg-shaped form. This shape of the cup, as well as the long handle, are typical of Greek ladles of the late 6th and early 5th century BC. Fine work and craftsmanship are visible on this end as well. There is a beautiful beaded gold wire on the rim with an ionic kymation, convex embellishments, executed under it. Another detail which contributes to the attractive and interesting ancient design of the miniature ladle is a five-petalled palmette. This starts from two volutes-spirals that are made in filigree with spiral beaded silver wire. 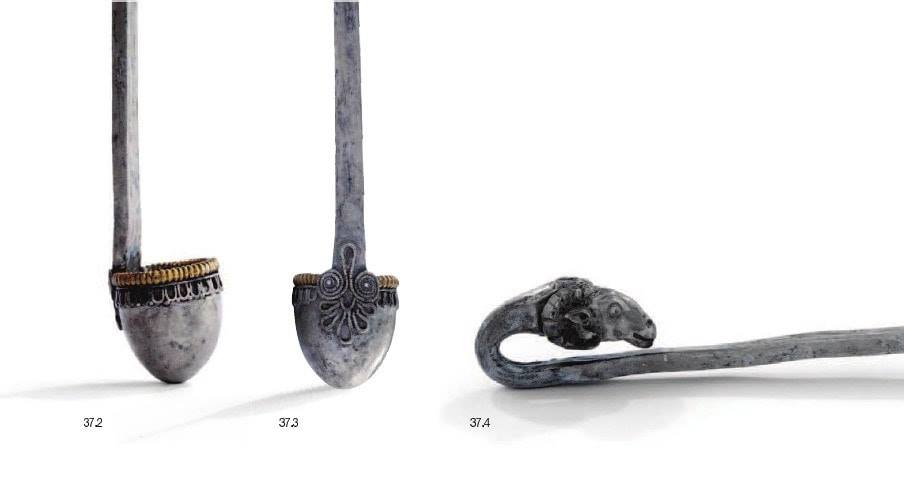 One intriguing question that arises, for this items in the collection, is what kind of liquid was such a miniature ladle designed to scoop up? Could it be a really expensive and rare liquid, or perhaps a harmful, dangerous substance that must be consumed in minimal quantities? On some occasions, the Greek poet of Athenian Old Comedy mentions, “small silver ladle, which we use to scoop myrrh”, so that could be one of the answers. However, the ritual use of drugs for healing, or to deepen mystical experiences in ancient times, is widely documented and using a ladle such as this for these purposes would not have been uncommon.

Even though the exact employment and use of this miniature gold and silver ladle leaves room for different ideas and interpretations, what is known for sure is that it dates back to the end of the 6th century or the beginning of the 5th century BC.